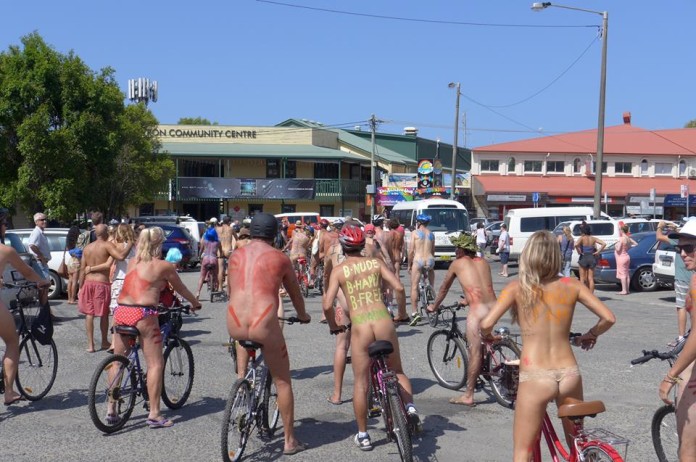 We face automobile traffic with our naked bodies as the best way of defending our dignity and exposing the unique dangers faced by cyclists and pedestrians plus all the negative effects of oil, cars, war, consumerism and non-renewable energy.

There is a need for people to hold a body positive image. A lot of people have hang ups about the human body and can not distinguish between non-sexual nudity and pornography. People are living creatures and part of nature, not superior or detached from it. Shame or disgust of human bodies, it all their colours, shapes and sizes is a form of prejudice.

Health Problems including asthma and respiratory illnesses occur partly because of the pollution caused by burning fossil fuels. Obesity, diabetes and lack of exercise come from our sedentary car-addicted lifestyles.

We see violence everyday because of the fraudulent wars fought over oil, road rage and deaths and injuries to pedestrians and cyclists from motorised vehicles. Worldwide it was estimated that 1.2 million people were killed and 50 million more were injured in motor vehicle collisions in 2004. We need a peaceful and gentler world which includes our roads.

For a future to exist for tomorrow’s generations, we must stop exploiting mineral energy, stop polluting the Earth, stop fighting and killing in the name of consumerist wealth accumulation and learn to love and respect all life, and to continue to spread this message.

Learn more at www.asbareasyoudare.com and join the Facebook Group.