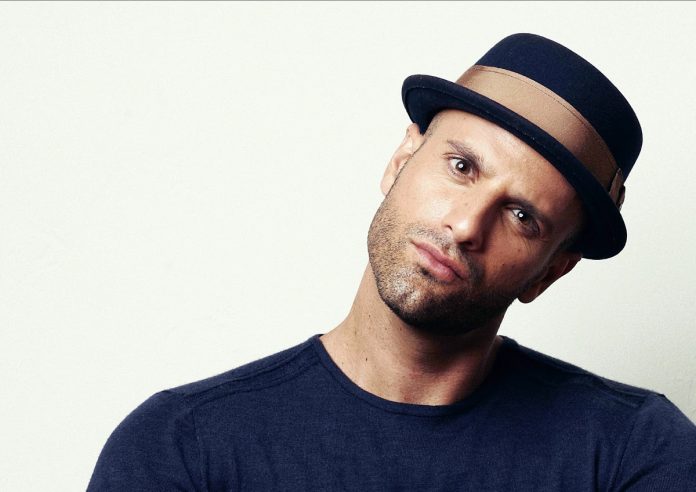 James Galea has amazed Ellen Degeneres and live audiences around the world with his jaw-dropping magic (including appearances on The Late Late Show, Discovery and his own series on ABC TV) — and now he brings his newest, adults-only and most revealing show yet to NORPA Friday 4 & Saturday 5 June: POOF! Secrets of a Magician. Tickets are now on sale at www.norpa.org.au.

Through wizardry, story, and original songs (‘Are All Magicians Gay?’, ‘If I Really Could Do Magic’, ’All Psychics Are C&*ts’), James Galea peels back the curtain in an outrageous magical cabaret.

“There are some deeply personal stories shared and secrets brought into the light. It’s exciting to be challenged and nervous again. I miss that.” said James Galea.

Galea explains how he came up with the idea for the show, “I remember being at a magic convention and looking around and then having a moment where I just thought, ‘Hold on – are all magicians gay?’ It served as a jumping off point for a ridiculous world to live inside.”

“I’ve always been fascinated that the word ‘poof’ in Australia (where I grew up) can have such a negative and visceral reaction—whereas ‘poof’ in the USA (pronounced ‘pouf’) is the most magical word in the vocabulary!” says Galea, who’s thrilled to be back in his home country. “Having got a big break at NORPA a decade ago, it’s pretty thrilling to be showcasing this show back where it all started.”

“I don’t know how he does it, but James Galea blows my mind every time I see him…This magician I think you will LOVE LOVE LOVE. He’s not like other magicians — he’s not… creepy.” – Ellen DeGeneres

POOF! Secrets of a Magician is created and written by James Galea, directed by Wayne Harrison, and is playing at NORPA on Friday 4 & Saturday 5 June. Tickets on sale now at www.norpa.org.au.