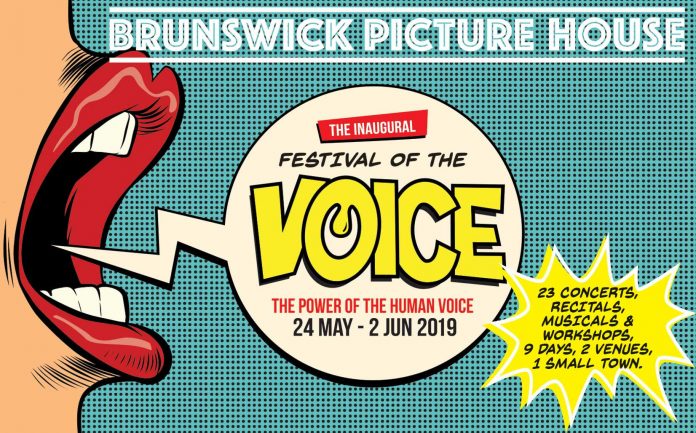 Festival of the Voice — a collaboration between Brunswick Picture House and Song Dynasty Music Events — is a celebration of all things vocal from rap to slam poetry to solo, ensemble and choral singing.

“Ever since I started making choirs 30 years ago I have attempted to make interesting performances — candlelit 4 hour extravaganzas on dark winter’s nights, kids choirs, senior’s choirs, multicultural choirs, choirs by the sea, choirs on tour, and huge combined choirs for large scale community events. When I first moved to Byron Bay I immediately formed several groups, culminating in the Song Dynasty Music launch. I travelled to Uganda to work with African Children’s Choir, and have so far organised three visits to the Byron Shire. When I look back and reflect, it is such a logical extension that all of this experience, hard work, tenacity and belief in the innate goodness of choir singing has culminated in the inaugural Festival of the Voice here in Brunswick Heads.

Collaborating with Brunswick Picture House — the natural home base for Song Dynasty Music Events — after two years of combined ad hoc choir work and performances, means that the Festival has its own unique voice — a voice that combines pizzazz and showmanship with heart and community.”

With a packed program ranging from Shout Pray Sing and The Oliver Project to two hugely acclaimed shows by the incredible Michaela Burger to an extensive series of workshops — and the ever popular Brunswick Picture House signature show… Cheeky Cabaret… there is very much something for everyone.