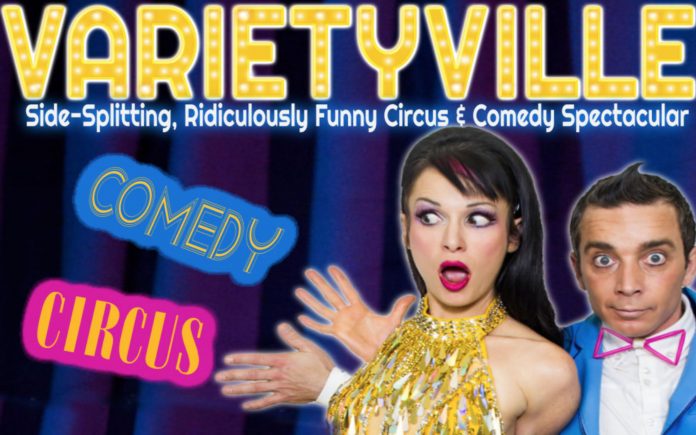 Two ʻmust seeʼ artists of outrageously funny proportions combining their talents into one incredible show for your pleasure!

Varietyville is a thrilling fusion of the most unique, ridiculous and bizarre acts you’ll ever see. Both stars of the international Festival circuit have appeared in films, on television, in circus tents, on the street, in opera houses and now they come to a theatre near you!

Oldaker & Huszar have captivated audiences for the last 15 years in over 30 countries around the world with their ridiculous sense of humour, endearing charm and unique and quirky physical theatre. You wonʼt believe until you see and when you see it you still wonʼt believe.

“Acts of Absurdity is a wonderfully peculiar show that has a little bit of everything, put on by some world-class performers. If you can’t decide what kind of show to see at Fringe this year, put your hard-earned cash towards this superb variety show and see it all. You won’t regret it ” Rip It Up (Jeniffer Brown)

“Acts of Absurdity And Uncontrolled Laughter – I laughed harder and longer at one act this evening than I have anything else I have seen this fringe“ Clothesline (Charissa McCluskey-Garcia) Fringe World, Perth

“Funny, unpredictable, engaging and priceless……acts of physical daring and laugh-out-loud humor as mime, juggling, illusion and movement flowed seamlessly from character to character throughout this evening of entertainment” The Buloke Times (Jenny Pollard)