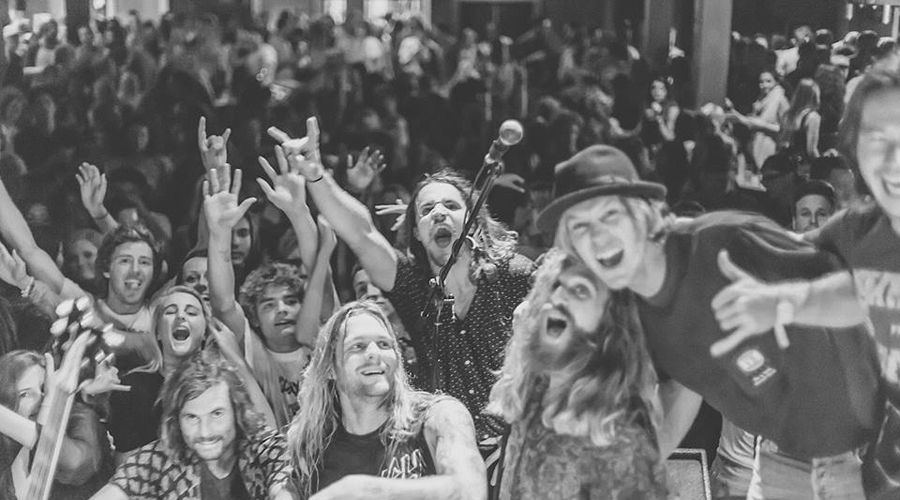 Waxhead are quickly becoming renown for their raw, high energy live shows and euphoric psychedelic blues mind bending tunes. Returning to the shire after a searing summer spent touring Indonesia, Japan and Australia the band wasted no time in unveiling their much anticipated single off their debut EP ‘Home’ injecting their audiences with luscious foot stomping riff wax.

However this epic sonic odyssey began much earlier in the crispy cool winter depths of a far north coast creative hideaway, where the waxy’s knuckled down and perfected their sorcery upon the blank canvas of the silent hills of the shire. Home was recorded just a song or two’s length from their everyday jam laboratory at the famed ‘Rocking Horse Studio’s’ where the Waxy’s ferociously and delicately sculpted their undeniably unique masterpiece

the EP ’Home’ is a landmark in the young bands career its gives their audience a much broader scope of their artistic vision as they take you on a hallucination of intense vivid colours. With a very ambitious touring schedule in the later part of 2015 the Waxy’s are taking their ferocious live act all across Australia, Europe, Japan and Indonesia. The plan is simple, have so much fun it becomes infections a motto the band won’t be soon to forget.