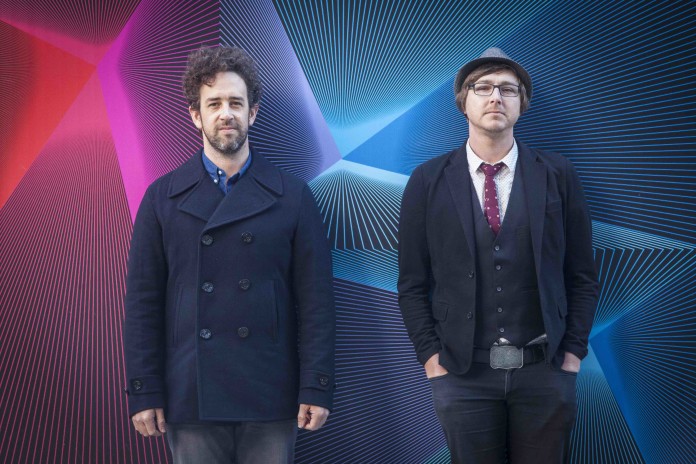 One classic album, two men, too many instruments… Tubular Bells for Two!

Two blokes juggle over 20 instruments live on stage in a spellbinding performance. A multi-award winning sell-out hit at festivals around the world, Tubular Bells for Two is now returning home for an Australian tour that will take in NORPA at Lismore City Hall on Saturday 25 March.

Ask anyone who grew up through the 70s and they will be able to tell you exactly where they were when they first heard Tubular Bells. Composed by Mike Oldfield in 1973, the album was the first release on Richard Branson’s fledgling record label, Virgin Records. The album went on to sell over 30 million copies, kick-starting the Virgin empire.

Now, more than 40 years on, two young Australian multi-instrumentalists, Aidan Roberts and Daniel Holdsworth, are presenting this modern masterpiece in a challenging live event. So what’s the catch? Oldfield harnessed – what was at the time – the latest in multi-track recording technology, playing a multitude of instruments one-by-one in the studio. However, in Tubular Bells for Two there are only two men on stage needing to perform every part live with only four hands and four feet between them.

The duo are literally rushed off their feet as they rush around a sea of instruments. It is an intricately choreographed, thrilling piece of tightrope theatre.

Regardless of whether you’re a Tubular Bells virgin, or long-time fan, Tubular Bells for Two is guaranteed to keep you on the edge of your seat. It is one of the most innovative musical performances to grace the stage in many years.