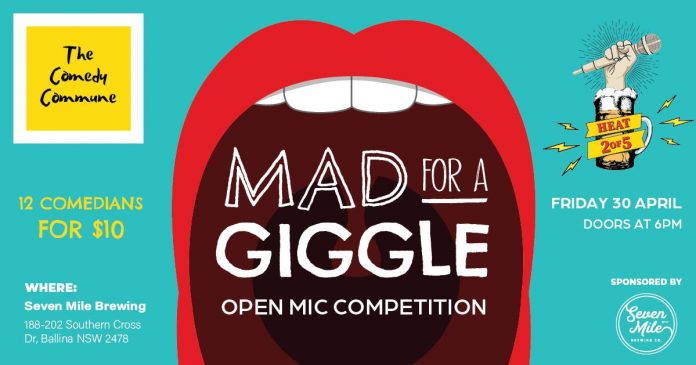 The Comedy Commune presents a new Open Mic Stand Up Comedy Competition in Ballina. Come and watch as 10 of the finest up and coming stand up comedians battle it out in 5-7 minute sets of their best material.

As with all Comedy Commune gigs, there’ll be a professional headline comedian to close the show and an experienced MC to keep things moving along. It’s 12 comics for $10 during the heats. There’s 5 heats and a final in August.

Seven Mile Brewing is a fantastic room for comedy. They make the best beers going and now serve wine and soft drinks. There’ll be a food truck there too.