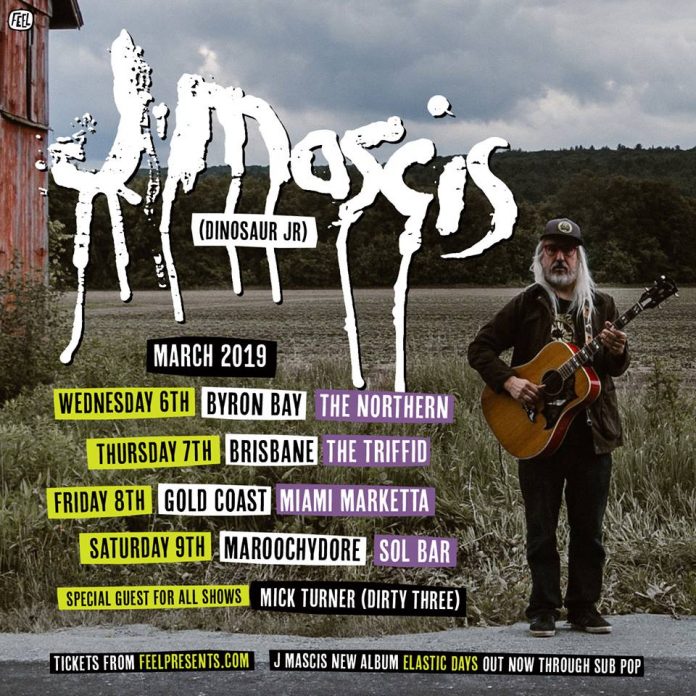 Its J Mascis live, what more do you need to know?

The frontman for Dinosaur Jr has just released Elastic Days, his fourth solo studio album and third for legendary indie label Subpop. Its his first solo release since Tied To A Star in 2014.

“[Elastic Days is] an indie rock fundamentalists tour of how it’s done. “It” being defined as writing the best folksy, electric and acoustic guitar tinged songs this side of rock music.” – Alternative Nation

Mascis played all the instruments on the album which also features guest appearances from Pall Jenkins (Black Heart Procession) and Mark Mulcahy (Miracle Legion) and Zoe Randell of Aussies Luluc.

On tour Mascis plays an acoustic guitar plugged into an amp with his usual main boggling array of pedals and effects. Its still loud.

“… big alternative hits like a stripped back ‘Get Me’ proved favourites, with Mascis’ liberal use of effect pedals and looping providing a deceptive full-band sound at times.” – Scenestar Sydney review.