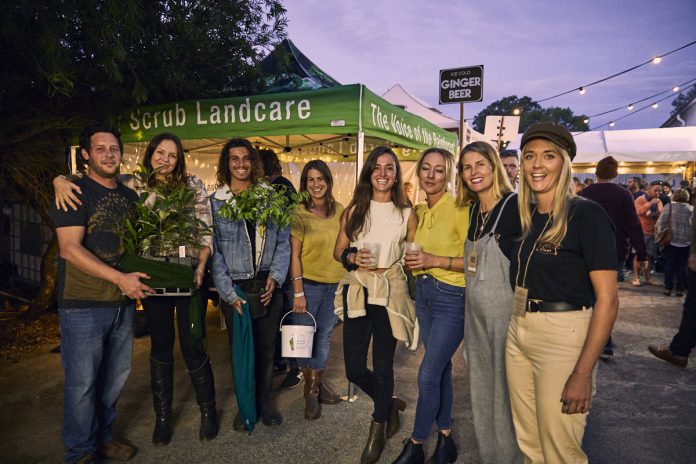 Local independent brewery, Stone & Wood held their annual Festival Of The Stone at their Byron Bay brewery over the long weekend which celebrated the release of their 2018 Stone Beer and raised $17,000 for Big Scrub Landcare. In the lead up to the festival, the clouds opened and as expected from previous years, torrential rain battered the brewery tin roof. It was set to be another evening of huddling under the tents braving the winter elements. However, the morning of the festival was a picture of clear blue skies and the sun came down to shine on Byron. This year’s Festival Of The Stone was another roaring success.

The managing director of Stone & Wood Brewing Co, Ben Summons said, “As the village brewery we are proud of Festival of the Stone’s ongoing success. It has such a positive impact in our local community through money raised, and being able to invite locals to celebrate the release of our Stone Beer during the cooler months with family and friends.”

Stone & Wood donated all proceeds from beer and merchandise sales to national not-for-profit Ingrained Foundation, a separate entity of Stone & Wood Brewery that was set up to extend upon the brewery’s community program, to support and help local charities. Ingrained Foundation will donate all proceeds to Big Scrub Landcare who work to rejuvenate and protect the local Big Scrub rainforest.

In response to hearing the news of the donation, Shannon Greenfields from Big Scrub Landcare has said “Big Scrub Landcare are overwhelmed with this outcome, these funds are a major contribution to our work in caring for our rainforest”.

Highlights from the evening include the first kegs of 2018 Stone Beer being tapped to thirsty drinkers, and a mouth-watering food truck line up. Stone Beer was brewed eight weeks before the festival and honours the ancient techniques of brewing. By adding wood fired stones to the kettle to rouse the boil, the malt characters are intensified. Roasted caramel aromas are balanced with a warming, full bodied cocoa flavour… perfect for a cold winter’s night! For those that missed out on this year’s Winter Seasonal at the festival, Stone Beer stockists can be found via their website www.stoneandwood.com.au/find-2018-stone-beer-now-available/