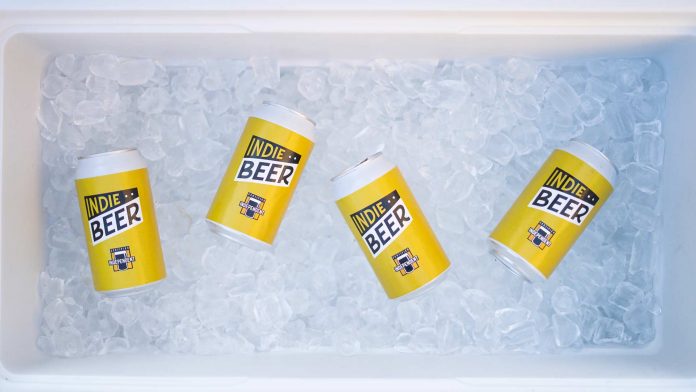 On Saturday 26 October, in celebration of independent craft beer, Stone & Wood will be raising a glass for a national ‘cheers!’ at 2.00pm for Indie Beer Day – a day for recognising the importance and diversity of independently brewed beer and the industry’s contribution to our communities.

As many of you would know, independence in the brewing world refers to breweries who are owned and operated independently and who value authenticity, localism and the communities built around them. Some 600 independent breweries operate today across Australia, contributing to local economies, industry and employment.

Since Stone & Wood first opened their brewery gates in 2008, they’ve operated as an independent brewery: in fact, independence was a huge part of the vision their three founders had when they set out to build Stone & Wood.

So, on Saturday 26 October, Stone & Wood will be raising a glass at 2.00pm to say ‘cheers to Indie Beer Day!’ and are inviting you to get amongst it.

Their brewery in Byron Bay, will have pop-up bars from Fixation and Forest for the Trees in the front courtyard serving cold ones alongside Stone & Wood tasting paddles, roaming nibbles from the canteen and an orchestrated ‘cheers!’ at 2.00pm.

Meanwhile, be sure to look for the certified Independent Beer logo and ask for independent beer next time you’re at your local venue or bottle shop. If you’re not in our region, check out how you can get involved here. You’ll also find independent beer on our online store or our stockists around Australia.

Cheers to Indie Beer Day – be part of it!