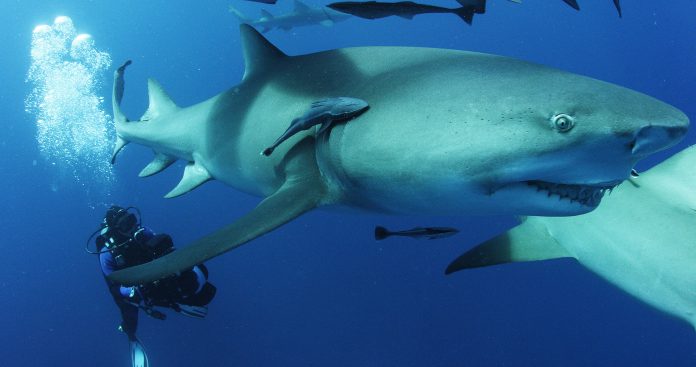 Reflecting its pristine natural setting, and the environmental credentials of the local citizens, the Byron Bay Film Festival has always made a point of selecting hard-hitting environmental films, and this year is no exception.

The feature documentary Sharkwater-Extinction celebrating the work of the late Rob Stewart to expose the shark-finning industry is the centrepiece of the festival’s Closing Night gala. It’s a shocking story – but there are other disturbing documentaries too, from the Kimberley to Victoria. Our Power addresses that lack of awareness, and provides a clear picture of the consequences of not only Australia’s continuing reliance upon and obsession with coal as a source of power, but also of privatisation as a system to deliver essential services. From the other end of the country comes Undermined – Tales from the Kimberley. Award-winning director Nicholas Wrathall (Gore Vidal: The United States of Amnesia), investigates the true costs of development in the vast and unspoiled Kimberley region, whose environment and Indigenous communities are threatened by mining, pastoralism and irrigated agriculture.

But “the environment” includes every corner of this Blue Planet, and in the Irish film The Silver Branch we meet farmer Patrick McCormack, deeply entwined with ancestral traditions, who consults nature whenever life gets difficult, and finds solace in letting it “work on him”. For Patrick, the wise choice is always to be part of nature, to join in the singing of the silver branch.

Protecting the environment is a theme in one of the festival’s highlight dramas – Woman at War, a quirky and heroic tale for our times. Halla, a 50-year-old respectable Icelandic woman, a choir leader, leads a double life as a passionate environmental activist. Known as ‘The Woman of the Mountain’, she wages a secret and effective war on the local aluminium industry.