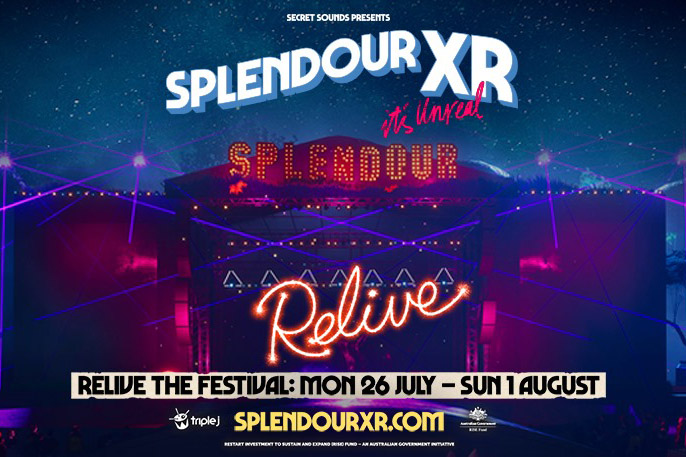 What a weekend! Whether you were scanning sets on your mobile or chrome casting it to your big screen and watching with mates, the inaugural Splendour XR virtual festival delivered the music moments we’ve all been missing, in abundance!

The good news is you can RELIVE your favourite sets, catch up on anything you missed or watch it all for the first time by purchasing a Splendour XR RELIVE ticket.

Goodbye avatars and VR! There were some crazy creatures walking around in-world across the weekend, but from here on in it’s all about the performances. RELIVE gives ticket buyers on demand, 7 day access to all artist sets, each and every one created especially for Splendour XR!

View on demand for 7 days. Pause when you want. Rewind your favourite bits and replay. And fast forward the stuff you’re not vibing.

Did Grace Tame really just say that the government isn’t up for the job of leading? Rewind.
How the hell is Sally Mustang doing that yoga pose? Pause.
I’ve already watched this set 5 times. Fast Forward.
I’m thirsty. Pause.

You get the picture… 7 days only to take in over 50 performances and 60+ hours of goodness!

Saturday’s party started with sets from Aussie legends The Southern River Band, King Stingray and Cat & Calmell opening Splendour XR’s stages. The Chats melted our minds, Vera Blue stunned with her incredible vocals and Denzel Curry blew everyone away when he took over the Amphitheatre.

Little Simz was just. so. cool. While CHRVCHES’ set was like nothing we’ve ever seen before. Band of Horses had everyone at GW McLennan feeling the feels and Duke Dumont had us all moving as he played banger after banger at Mixup. Khalid closed out the day with stunning production and his amazing performance. What a way to kick off Splendour XR! 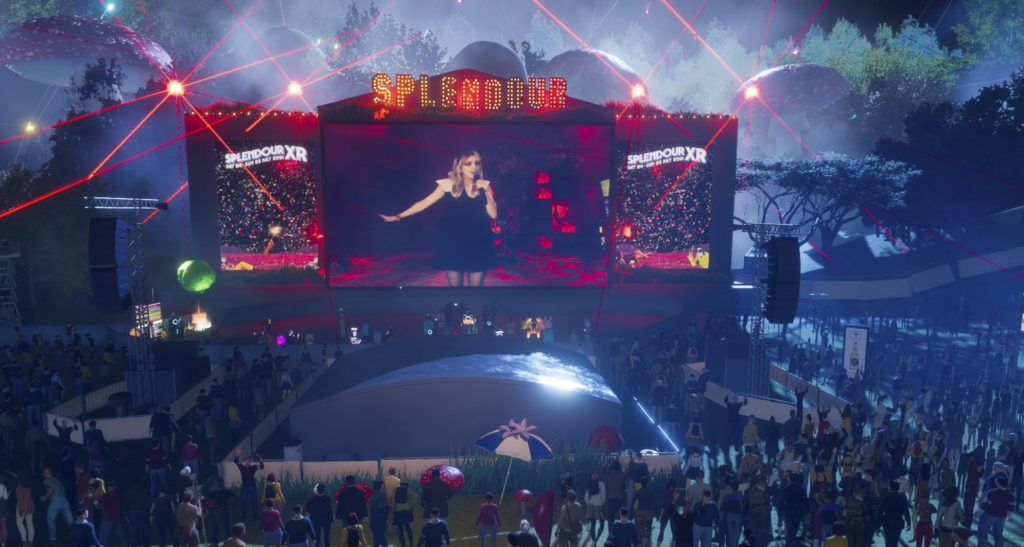 BAND-MAID knocked it out of the ballpark when they opened the Amphitheatre on Sunday. Local legends The Jungle Giants played their new single ‘Love Signs’ live for the first time ever! The Avalanches and Black Pumas had us reminiscing the feeling of seeing music IRL. What So Not impressed with his incredible green screen production while Vance Joy played from the top of Gaudi’s famous Palau Guell in Barcelona.

The Killers closed out the Amphitheatre with a mammoth global singalong of their hits. Then it was time to get down to the grooves of Belgian maestros 2manydjs LIVE. Grimes threw the official festival afterparty on Discord, playing unreleased music for the craziest virtual party ever! These highlights, along with the eye opening talks and performances at The Forum and Global Village, the hilarious comedy, child friendly singalongs at Little Splendour plus so much more made Splendour XR a weekend to remember!

Splendour XR RELIVE is available now for just $19.99.
RELIVE will be active from Monday 26 July to Sunday 1 August.
Available on mobile or browser only.
Tickets include performances only. Virtual world will not be accessible on demand.

Your RELIVE ticket will give you access to all sets from the Amphitheatre, Mix Up and GW McLennan stages plus never before seen director’s cut performances from Charli XCX, Aurora, Band of Horses, What So Not, Hot Dub Time Machine and King Gizzard and the Lizard Wizard.

You’ll also enjoy DJ sets from the Tipi Forest and The Wilds plus all the programming goodness from the Forum, Comedy, Little Splendour and Global Village.

Splendour XR RELIVE is available from AEST Monday 26 July to Sunday 1 August on mobile or browser.

TICKETS ON SALE NOW
Tickets include performances only. Virtual world will not be accessible on demand.