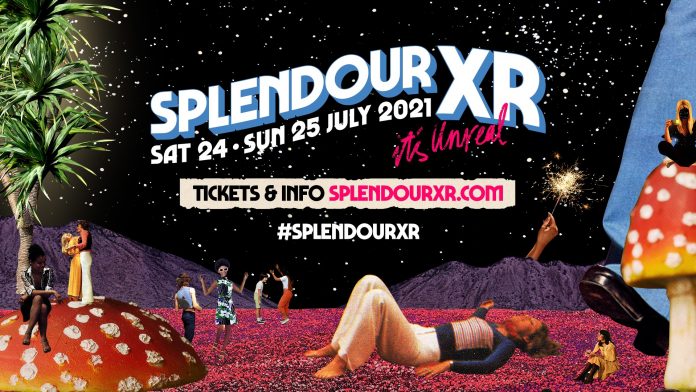 With T minus 9 sleeps left between you and the inaugural Splendour XR it’s time to get your ticket, create your Sansar account, sort out your screen, go ham with a highlighter and work out your game plan!

No matter what kind of screen set up you have, you can experience Splendour XR. It’s available for viewing on phone, tablet, browser, desktop and VR for full immersion.

Still trying to get your head around all this Splendour XR shiz? How about a sneak peek before the whole thing kicks off? From midday AEST Friday 23 July to midday AEST Saturday 24 July (just before gates open) Splendour XR will be throwing the virtual gates open to its front entrance space where you’ll find market and info stalls, a medical tent, the obligatory police presence and more. To access this free preview you just need to sign up to Splendour’s mailing list then wait for the instructions to hit your inbox. Easy.

In the meantime, you can peep a preview of Splendour XR below!

LINEUP CHANGES
2manydjs LIVE and Skegss are in :) / Violent Soho is out :(

Yes, Soulwax’s famed Dewaele brothers are preparing something special for Splendour XR. Renowned for their ability to turn impossible genre clashes into magnificent mixes, 2manydjs hugely influential ‘As Heard on Radio Soulwax’ series started a mash-up movement and led them to work with the likes of Gorillaz, LCD Soundsystem and Daft Punk.

2manydjs ‘Under the covers’ LIVE show sees them using their magic mixing skills across both audio and animated visuals that have been created specifically for each track and based on the record’s artwork.

Byron Bay faves Skegss are also joining the party! Hot off the release of their massive sophomore album, Rehearsal, which debuted at #1 on the ARIA Albums Chart, the trio is ready to take you on a thrill ride through their sun-kissed garage rock. Skegss are on the cusp of world domination with their riotous sound that has sparked circle pits and stage dives the world over. Don’t miss it when they bring their raucous live show to a screen near you for Splendour XR!

Unfortunately, Violent Soho has withdrawn from Splendour XR. They sent the following message to fans…

“We’re extremely bummed to not be able to perform for our fans at Splendour XR. When our Splendour in the City performance was cancelled we scrambled to put together a new show for XR but the realities of lockdowns and border closures have made it impossible to get it set up in the short amount of time we had. We hope to see you all in real life some time soon” said Violent Soho.

Good times are ahead! Make sure you add 2manydjs LIVE & Skegss to your watch list! 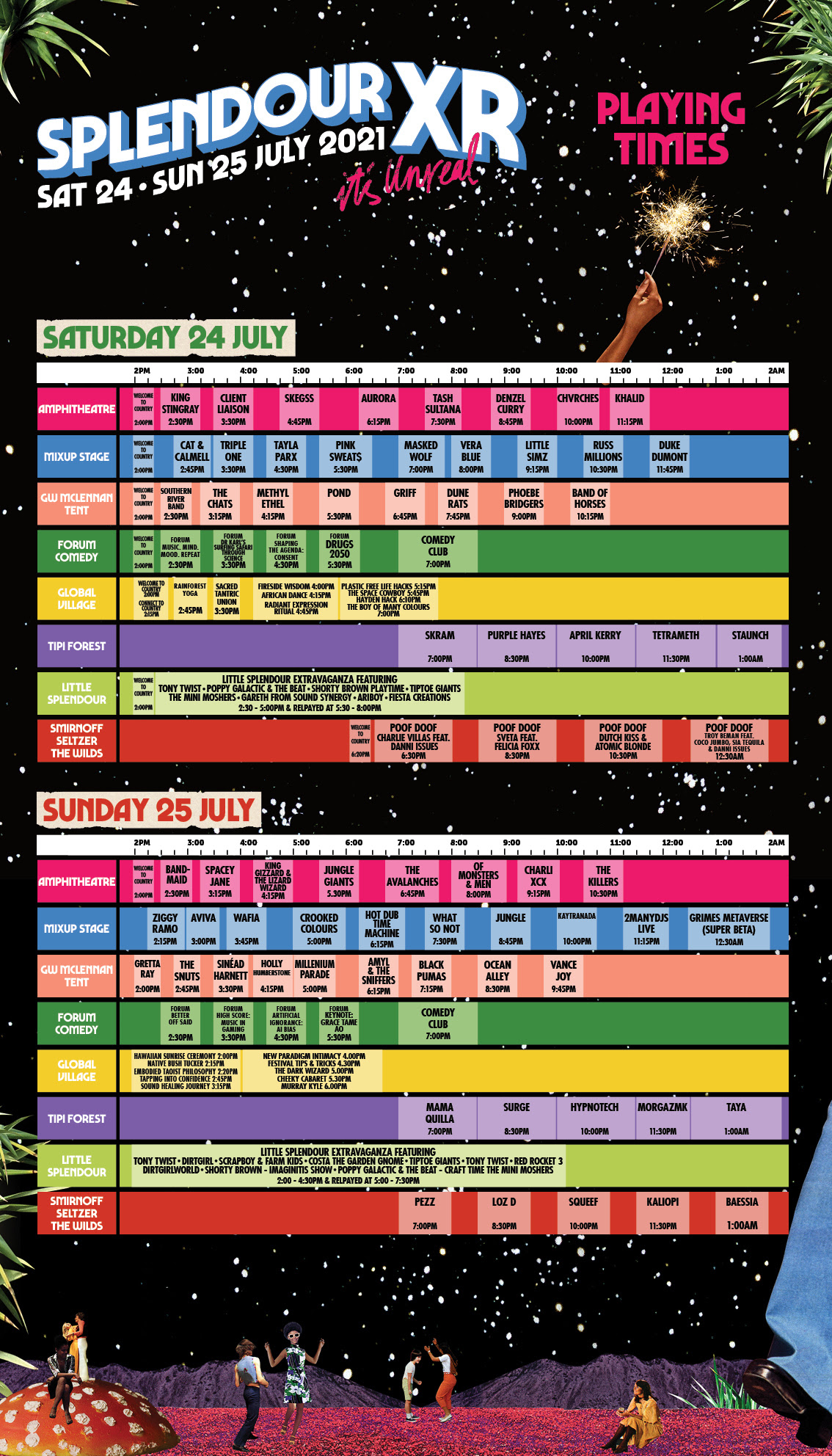 Splendour XR will hit your screen of choice from Saturday 24 & Sunday 25 July.
Available on mobile, tablet, browser, desktop and VR.

Splendour XR will operate LIVE globally on a single timezone, 12pm to 2am AEST (Australian Eastern Standard Time) (GMT +11) with programming kicking off from 2pm.

Party Packs and The Strummer Cocktail Kits are available.