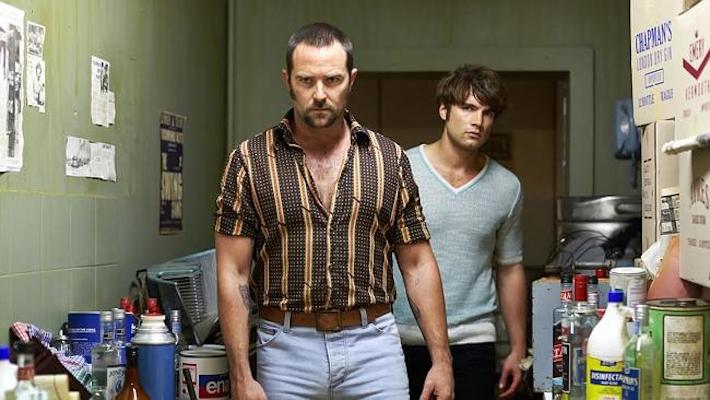 Between March 6-15, Byron Bay will host a glittering array of talent at Australia’s largest regional film festival, a grassroots event that connects audiences with filmmakers and actors from home and abroad in a 10-day celebration of cinema.

BBFF’s 2015 program features more than 225 films from three dozen countries, with a record number of filmmakers coming from Azerbaijan, Ireland, the US, Canada, Italy, New Zealand, Samoa, Poland and many more.

Entries for the 2015 festival have closed and anticipation is building with the final program set to be announced Monday February 23.

A preview of the highlights includes:

David Wenham is coming with the Festival’s Patron Paul Cox to discuss their upcoming feature Force Of Destiny, a tale of survival inspired by Paul Cox’s personal experiences and his recent book Tales from the Cancer Ward.

Jack Thompson will introduce us to In the Steps Of Lawrence, a film he narrated about the artist Garry Shead (and he’ll be bringing Garry with him, who will talk about his 40-year obsession with DH Lawrence).

Dustin Clare (McLeod’s Daughters, Underbelly and Spartacus) wrote, co-produced and stars in the feature drama Sunday with his offscreen partner Camille Keenan (Underbelly, Packed to the Rafters). It’s a story of love under pressure: he’s Melbourne-based, with some kind of military work abroad, she’s in quake-devastated Christchurch and she wants him to stay.

The festival is awash with Australian and World Premieres. Oden Roberts’ A Fighting Season’s World Premiere in Byron will mark the first leg of a film which is bound to have huge festival success world-wide. Winner of the prestigious San Francisco Film Society Production Grant, A Fighting Season looks at the work of two Army Recruiters who face the daunting pressures of recruitment while their own deployment is on the line, discovering that war isn’t confined to the battlefield.

Frackman, by Richard Todd, traces ordinary bloke Dayne Pratzky’s move from pig hunter to environmental activist when the miners want to move onto his patch of land in Tara.

Opening night is Will and Testament, a documentary about political firebrand Tony Benn – a reminder of what integrity politics looks like.

Closing night is Brody Fox’s Zen And The Art Of Dying, a groundbreaking documentary about the work of Northern Rivers “deathwalker” Zenith Virago which takes a radical look at Western ways of dealing with death.

These are just a few of the wonderful films on offer, and there are hundreds more – from a three-minute gem by a 16-year-old Ballina schoolkid about his world champion Muay Thai mate (Brodie Stanton – A Film Portrait) or a feature drama starring Malcolm  McDowell and Jane Seymour (Bereave). Festival audiences are in for a great many visual treats.

BBFF 2015 is a celebration of the “unique experience we gain by leaving the comfort of the couch and attending a grassroots film festival”, says Festival Director J’aimee Skippon-Volke.

““Whether you’re in the film industry or a film lover, there’s nothing like being in the cinema with a filmmaker who has poured years of their lifeblood into telling a story.

“You’re sitting in the dark with a roomful of people, discovering a different way of life, going to the creative edge, laughing and sometimes even getting a bit misty-eyed together. And you can hear the filmmaker share the story behind that experience. It’s special.”

The remaining program includes dramas, thrillers and comedies, as well as animation, films for schools, short shorts and compelling documentaries about surfing, music, the environment, politics and indigenous affairs.

The official program will be announced and tickets available on Monday, February 23 at www.bbff.com.au. You can also keep track of the latest news on Facebook.