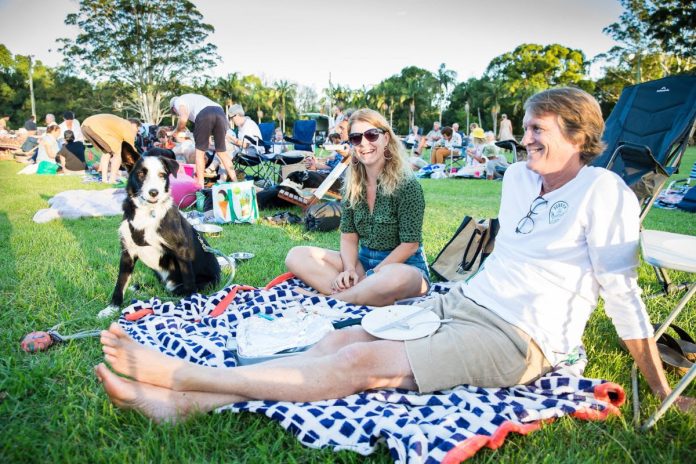 As we approach the end of another weird and tumultuous year, there’s some good news at last!

The Bangalow Film Festival is back for its second year, with more films, more locations and more of what you loved!

Get out the planners, lock out 13th – 29th January 2022 and start your new year with some guaranteed good times.

In addition to a full week of screenings at the Bangalow Showgrounds, a carefully curated program of talks, showcases and workshops will take over the A&I Hall, aligning with the festival’s core theme of “Sustainable Futures”.

And this year, we’re bringing the festival to more of the Northern Rivers. The beautiful Regent Theatre in Murwillumbah and Lismore’s Star Court Theatre will also play host to some unique film screenings in the later half of January.

Further details of the program and tickets will be revealed in the coming weeks. Until then, keep an eye on the website and socials for more information – www.bangalowfilmfestival.com.au.