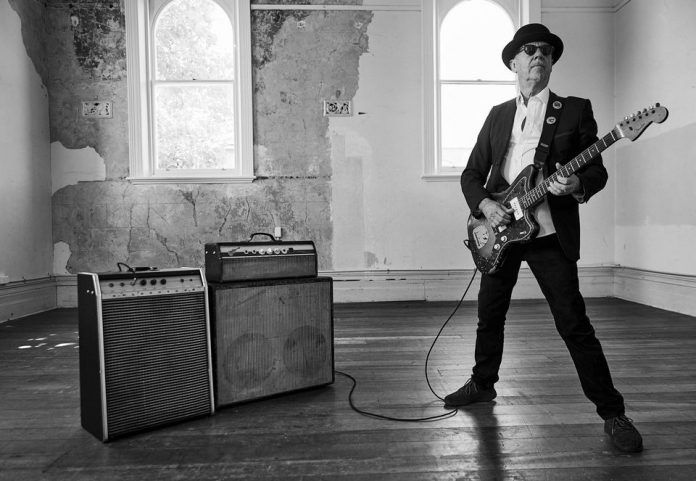 A few phrases commonly used when describing Aussie legend Russell Morris.. Shooting to fame in the middle 60’s with Somebody’s Image, Russell had a string of hits including Hush and the Bob Dylan classic Baby Blue.

In 1969 he and producer Molly Meldrum released “The Real Thing”, Australia’s only true psychedelic #1 hit and a song that is played regularly on commercial radio to this day.
Following that, Russell penned breakthrough hits such as; Sweet Sweet Love, Wings of an Eagle, Rachel, Part 3 into Paper Walls, The Girl That I Love and many many more… Constantly in demand, Russell stills tours nationally throughout the year as well as appearances internationally.

ARIA hall of fame inductee Russell Morris captured the hearts and imagination of Australians in 2012 when he unveiled ‘Sharkmouth’, the first of a trilogy of albums re-telling some amazing stories in Australia’s distant past-some famous, some not so famous-creating a historical document using blues and rock to celebrate the yarns.
In 2019 Russell released the new album produced by Nick DiDia and Bernard Fanning.
After 5 decades on the road, an album can almost write itself. It might arrive in the space of a few months, fully formed in vision and texture in the mind of the vigilant creator. But it takes a rare combination of talent and circumstances to realise that vision as vividly as Black and Blue Heart.

“I’d met Bernard [Fanning] years ago,” Russell Morris remembers. The Powderfinger frontman came backstage at one of the Australian rock legend’s countless gigs to pay his respects with a mutual friend. “But It wasn’t til I moved up to Queensland 2017 that we sat down and started talking.” This collaboration being the result “Black and Blue Heart”.

Russell Morris and Band will be supported by none other than the talented KAILEY PALLAS.
Kailey is a 19 year old Singer, Songwriter & Musician from Coffs Harbour, NSW. Kailey’s sounds are a blend of Soulful, Bluesy tones and she has the ability, range and experience to go between a mix of Genres from Pop, Jazz, Country, Musical Theatre, Rock and Soul.