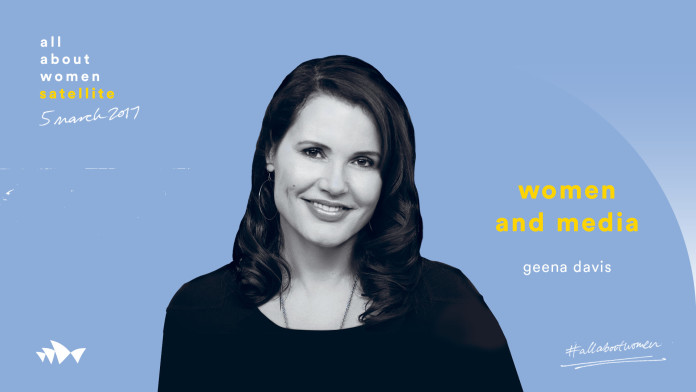 The Lismore Chamber of Commerce & Industry in collaboration with NORPA Big Think presents the inaugural Regional High Tea on Sunday 5 March featuring Geena Davis in a live stream from Sydney Opera House All About Women Festival.

Inspiring, informing and illuminating; The Lismore Women’s Festival will kickstart with a blockbuster event that combines wisdom, passion and delectable treats on Sunday 5 March, 10am at Lismore Workers Club.

The morning will begin with a live feed from All About Women festival at Sydney Opera House in which Academy Award winner Geena Davis will address the topic of Women and Media, with specific focus on gender stereotyping. Ms Davis is one of Hollywood’s most respected actors and a tireless advocate for gender equality.

Then… enjoy being captivated with a fabulous panel of guest speakers featuring successful businesswomen and professionals from the Northern Rivers region.

“This Regional High Tea is unique – it is for everyone – men and women. We see it as a fabulous opportunity to, while enjoying a delicious array of treats and artisan tea of course, mingle and be inspired with the many amazing women whose contributions across a diversity of professions, industries and businesses give the Northern Rivers its unique flavor.” Deborah said.

NORPA’s Jeni Caffin went on to say “As a prelude to International Women’s Day we are over the moon to be sharing the Geena Davis keynote address from Sydney Opera House. She is an impassioned, informed and intelligent speaker and galvanises audiences globally. Cake and conversation: what could be better?”

Access to Geena Davis’ address is being made possible by Sydney Opera House All About Women Satellite Program, taking the ideas and issues that matter to women to audiences far beyond Bennelong Point, streaming live to 26 venues around Australia and New Zealand.