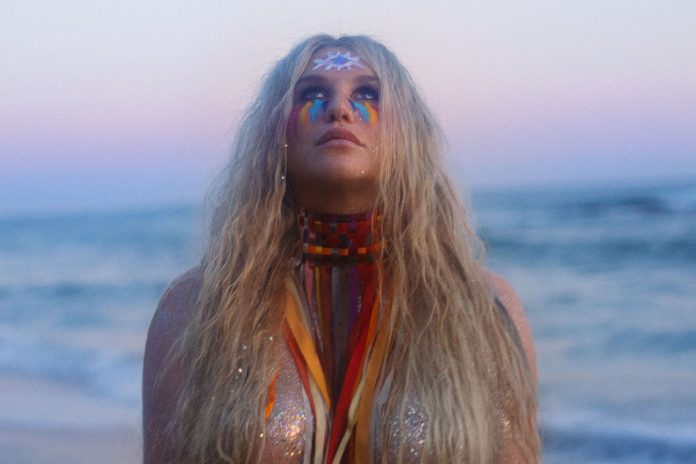 It’s the announcement no one saw coming. Bluesfest continues to galvanize its reputation as being Australia’s most surprising and innovative music festival with the addition of one of 2017’s most talked about artists – Kesha. With the release of her album Rainbow, she has evolved from pop star to critically acclaimed, Grammy nominated artist. Rainbow boasts an incredible range of collaborators including Ben Folds, Eagles of Death Metal and Dolly Parton. Billboard describes lead single “Praying” as a “ballad that tears at your soul” while Consequence of Sound says, “no other song in recent memory so perfectly embodies the way in which hope itself is a kind of triumph”. Rainbow has also been named at number four on Rolling Stone’s best albums of 2017 (the number one spot was taken out by 2016 Bluesfest alumni Kendrick Lamar). Bluesfest is proud to have Kesha play the festival at such a momentous time in her career. The third line up announcement for Byron Bay Bluesfest features a litany of strong female artists, including the legendary Sheryl Crow and Melissa Etheridge. Known for her country roots and the catchy hooks of smash hits like “All I Wanna Do”, “Strong Enough”, “If It Makes You Happy” and “Everyday Is A Winding Road”, Sheryl Crow has sold over 50 million albums worldwide and won 9 Grammys. Her set is sure to put smiles on a lot of faces next Easter long weekend. Bluesfest is also excited to welcome Melissa Etheridge back to the festival in 2018. An Academy Award and two time Grammy winning artist, Etheridge, will take the stage to perform her greatest hits ‘Come to My Window’, ‘I’m The Only One’, ‘Bring Me Some Water’, ‘Like the Way I Do’, ‘I Want To Come Over’ and many more. Known for her iconic raspy, smoky vocals, profound lyrics and riveting stage presence, Melissa will share personal stories about her remarkable journey through life and the inspiration behind some of her most beloved songs. Colombian superstar Juanes brings the Latin American groove to Bluesfest in 2018. Whereas many of his contemporaries have embarked on English language crossover campaigns during their careers, Juanes has won global appeal, singing exclusively in his native Spanish tongue. He has become perhaps the biggest and most important Latin pop music artist of the 21st century, selling over 15 million albums and winning 23 Latin Grammys (this most by an artist EVER!). He’s even played on stage with The Rolling Stones, performing Beast of Burdon when they rocked Bogota in 2016. If you haven’t heard him before, think Jack Johnson with a silky Spanish twist. His addition to the line up will make his many Australian fans very excited. In commemoration of David Bowie’s passing, Brazilian musician Seu Jorge will perform a special tribute to the late genius at Bluesfest 2018, while also recreating his role in Wes Anderson’s film A Life Aquatic. Bowie said of the artist: “Had Seu Jorge not recorded my songs in Portuguese, I would never have heard this new level of beauty which he has imbued them with”. Wearing his iconic red beanie and sea foam suit, Jorge will perform acoustic renditions of David Bowie hits including ‘Rebel Rebel’, ‘Life On Mars’ and ‘Changes’. His unique versions have become a point of celebration and reflection upon the passing of a creative icon. He’s a local Byron Bay success story, so it’s with great pride that Bluesfest announces Ziggy Alberts for their 2018 festival. Singing heartfelt stories of his personal endeavours and experiences, ocean-side upbringing, environmental issues and life on the road, he has sold out venues across the country on his 2017 tour. You’re going to be hearing a lot more about Ziggy, his sets will be some of the most talked about at Bluesfest 2018. With the addition of the hugely popular Icelandic singer Ásgeir, this announcement truly is one of Bluesfest’s most interesting! His beautiful single King and Cross came in at number 10 in Triple J’s Hottest 100 in 2014, and he’s since become a crowd favourite here in Australia. Renowned for his ability to make even the largest of spaces feel intimate, Ásgeir comes armed with material from his highly acclaimed second album ‘Afterglow’.

Bluesfest is happy to welcome Newton Faulkner back to Bluesfest for the first time since 2013! Newton is known for his distinctive percussive guitar playing style; a tap-pick-and-strum technique that allows him to use his instrument as guitar, bass and drums all at once. His debut album Handbuilt By Robots, secured platinum status in Australia and his home, the UK and he’s toured the world relentlessly ever since. His love of performing has never dulled and only gets brighter. It’s a mash up of world music that needs to be heard to be believed… take Celtic music combined with West African sounds and you get the inimitable sounds of the Afro Celt Sound System. Boasting sales topping one and a half million albums and two Grammy nominations to date, Afro Celt Sound System celebrated their 20th Anniversary with a stunning new album, ‘The Source’, which has been described as a “colossus of an album” by fRoots and “daring and triumphant” by The Guardian. Their sets will be a joyous fusion of cultures, don’t miss them. Bluesfest welcomes back Harry Manx in 2018! Harry has spent years fusing eastern musical traditions with the blues, switching effortlessly between conventional guitars, harmonica, and banjo and the decidedly different Mohan veena, a 20-stringed instrument invented by Manx’ Indian mentor Vishwa Mohan Bhatt. Manx is often referred to as the “Mysticssippi” Blues Man, owing to his expertise in melding both Eastern and Western music together, “creating musical short stories that wed the Blues with the depth of classical Indian ragas”.

Bluesfest is delighted to welcome Australian band Holy Holy to Bluesfest, hot on the heels of the release ‘Paint’; referred to as “one of the standout albums to be released this year… almost perfect” by The Daily Telegraph. Most of all, ‘Paint’ smashes any preconception listeners may have had about Holy Holy and forces an instant reassessment. It’s not one of those second albums that lazily recycles the debut. Bluesfest is excited to welcome these Aussie envelope pushers in 2018.

William Crighton is a sublimely talented Australian folk-rock artist. A son of the Riverina in South Western NSW, he is a riveting storyteller with a sound that is bold, visceral and singular. Bluesfest is proud to welcome him to play at the festival for the first time in 2018.

Wielding a psychedelic-painted Fender Squier and blessed with a falsetto that could shake Stonehenge, Australian singer-songwriter, multi-instrumentalist and producer Harts electrifies pop with both musicianship and showmanship. His 2016 Bluesfest sets are the stuff of legend so Bluesfest is thrilled to have him back in 2018!

Bluesfest, get ready to witness the Scottish musical power house that is Elephant Sessions. They come welding weapons grade grooves and guitar attack with quicksilver fiddle/mandolin melodies. Their album All We Have Is Now just won album of the year at the BBC Scots Trad Music Awards! The group fuses rich folk and trad influences with funk, rock and electronica in an instantly captivating, progressive, visceral blend. During their recent European tour, audiences crowd surfed their way through the summer and marquee floors broke under the weight of bouncing fans. It’s lucky the dancefloor at Bluesfest is a field of grass because there is no doubt this incredible act will have audiences dancing their hearts out!

“When a festival’s THIRD announcement includes a recent Grammy nominee who came in at number four on Rolling Stone’s best albums of 2017 as headliner you know something great must be going on! Kesha is on fire right now, I’m loving her album Rainbow and can’t wait to see what she’ll bring to the festival.”

“On top of that we have the Colombian superstar Juanes, who has received the second most Latin Grammys in history (23 in total- the most by an artist in history!), who has 8 million fans on Facebook, ALMOST ONE MILLION OF THEM IN AUSTRALIA – he may not be a household name in Australia yet but it’s not far off. We are also announcing the powerhouse that is Sheryl Crow and Melissa Etheridge, one of our most beloved artists from recent years. These fantastic women also have 12 Grammys between them and we know they’ll bring the house down.”

Of special note in this announce is Ziggy Alberts – the Byron Bay singer/songwriter phenomenon who is selling out theatres all over Australia, including recent 100% sold out performances at the Palais Theatre Melbourne and The Enmore Theatre Sydney. Bluesfest can’t wait for Ziggy to show what the locals can do.

We also have the amazing Seu Jorge from Brazil and Iceland’s Asgeir. This is one of our most eclectic announcements ever and it’s one I’m very proud of.

Easter at Bluesfest makes a fine Christmas present. These artists join those already announced for Bluesfest 2018, and there’s more to come early next year.

THE 2018 ARTIST DAILY PLAYING SCHEDULE IS AVAILABLE ON BLUESFEST.COM.AU