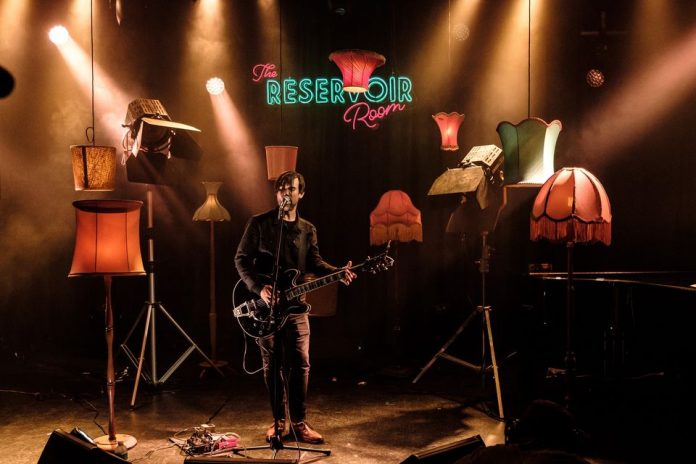 Aussie Legend Phil Jamieson from Grinspoon will be gracing Summer Stage Byron Bay for a special event of outdoor entertainment on Saturday the 13th of February in Byron Bay. Special guests Sophie Ozard and Andy Jans-Brown & COZMIC will be joining Phil to round up this world class afternoon.

Come let your hair down and enjoy some time outside in nature, surrounded by friends, family and great music. Tickets on sale now! Get your tickets now before you miss out.

All tickets to previous date are still valid.

Phil Jamieson
As the voice and face of Grinspoon, Phil Jamieson fronted one of the most popular Australian bands of the last two decades. An accomplished singer, songwriter and guitarist, Jamieson’s generation-defining lyrics and vocal melodies first became etched into rock fans’ DNA in 1995. So began a love affair that maintained its heat and passion for over one thousand live shows, six consecutive Top 10 debuts and multi-platinum album sales.

“In 2017, Phil is lean and lucid; articulate and vocally immaculate; sober and suave. He was a consummate showman, dancing like a marionette, prancing like a gazelle and holding court like a raconteur when the music stopped.”
– Scenestr

“Compassionate, sensitive, and soulful lyrics imbued with life’s experiences, Jans-Brown is certainly forging an exceptional musical path with superstar stamped all over it, laced with soul and deep insights of life, his words shoot at the heart and touch a chord within.”
April 2014 edition of Mint Magazine

Sophie Ozard
Sophie Ozard plays soul-drenched indie-pop full of witty lyrical perspectives and commanding hooks. Her distinct style blends together folk, rock, and jazz influences.
Her two self-released singles have attracted both national and international airplay, and she has played alongside artists such as Bernard Fanning, Tex Perkins, and Phil Jamieson. With radio presenters calling her a “sonic gunslinger” and “sharp, angular lyricist”, a live show honed over the last few years of playing shows and festivals across Aus and NZ, and a debut EP due in 2021, she is quickly finding her feet as an artist.

The Byron Shire Resilience and Regeneration Roadshow has kicked off!