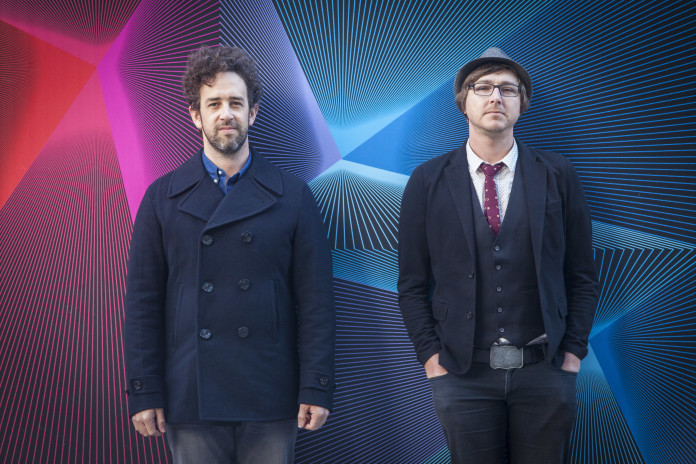 All NORPA’s 2017 shows are now on sale and if you purchase 3 or more shows in their 2017 Season you’ll get a 20% discount – check out how to become a subscriber at www.norpa.org.au.

An annual comedy festival featuring the some of nation’s most loved and cutting edge comedians, Lismore Laughs presents Tom Gleeson (Friday 10 March, 7:30pm), Andy Saunders (Sat 11 March, 7:30pm) and Frank Woodley’s show for kids (Sat 11 March, 12:30pm). Lismore is the place to be on the weekend with Lismore Laughs coinciding with Eat the Street and the Lismore Music Festival so you can fill up on giggles, gourmet food and great music!

A sure fire, killer stand-up at the top of his game. Star of The Weekly and host of Hard Quiz, Gleeson is also one of the finest stand ups in the country. He’s performed at every major comedy festival in the world, been three times nominated for a Helpmann Award and international stand-up legend Louis CK chose Tom to be his support act for his Australian tour. See the master at work.

Noodlenut – Frank Woodley’s show for kids (ages 8 and up)

Now’s your chance to introduce little comedy fans to Australia’s most physical comedian in his natural habitat, on stage, performing for the pure joy of it. Whether he’s singing songs about sneezing, doing chaotic magic or impersonating animals playing sport, comedy master Frank Woodley has kids rolling around laughing in the palm of his hand.

Frank has been delighting Australian audiences for years, with his acclaimed duo Lano and Woodley, solo stage shows and his own ABC series Woodley.

The hit of Melbourne International Comedy Festival, Andy Saunders takes you on a journey through a landscape of his life from hilarious anecdotes of his childhood to life as a father, husband, comedian & Indigenous Australian.

Asms and Isms crosses over from the squirmy topics to the downright hilarious. Enjoy an evening of crazy fun & stories like how to appropriately name a cyclone, buying cars without upsetting your wife & growing up poor.

With an undeniable voice and an arsenal of powerful songs, Martha Wainwright is a beguiling performer and a refreshingly different force in music. Her songs provide a window into her life without artifice or pretension.

The daughter of folk legends Kate McGarrigle and Loudon Wainwright III, Martha’s immersion in music from an early age is evident in her command of the stage and her masterful handling of a spectrum of musical styles.

The performance will showcase her fifth record, Goodnight City, which just may her best yet. The album features her own work, alongside songs written by her brother Rufus Wainwright and friends such as Beth Orton, Glen Hansard, Michael Ondaatje and Merrill Garbus of tUnE-yArDs.

Ask anyone who grew up through the 70s and they will be able to tell you exactly where they were when they first heard Tubular Bells. Composed by Mike Oldfield in 1973, the album was the first release on Richard Branson’s fledgling record label, Virgin Records. The album went on to sell over 30 million copies, kick-starting the Virgin empire.

Now, more than 40 years on, two young Australian multi-instrumentalists, Aidan Roberts and Daniel Holdsworth, are presenting this modern masterpiece in a spectacular live event. So what’s the catch? Oldfield harnessed – what was at the time – the latest in multi-track recording technology, playing a multitude of instruments one-by-one in the studio. However, in Tubular Bells for Two there are only two men on stage needing to perform every part live with only four hands and four feet between them.

Regardless of whether you’re a Tubular Bells virgin, or long-time fan, Tubular Bells for Two is guaranteed to keep you on the edge of your seat. It is one of the most innovative musical performances to grace the stage in many years.