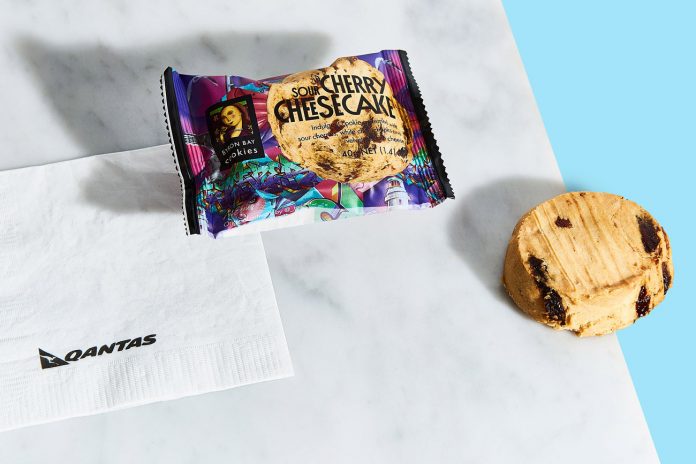 The Byron Bay Cookie Company is proud to introduce its NEW Sour Cherry Cheesecake Cookie which is now being served on board selected Qantas domestic flights.

The new cookie will be served on board Qantas until August, and is available for purchase at www.cookie.com.au

A little about the artist:

Davey Mac aka ‘Teazer’ grew up in Bondi in the late 80’s. He was heavily influenced by graffiti art popping up around the area and later in books and magazines. Further inspired by skateboard art and culture, he developed his own version of New York style graffiti.

His graffiti has taken him all around Australia and the world and he is well known in the industry.

His journey has landed him in the beautiful surrounds of Byron Bay with his partner and fellow artist Alyssa Tennent, with whom he has opened up Stay Gold Studio, a fresh initiative to create art, connect with and exhibit artworks from international and local artists.