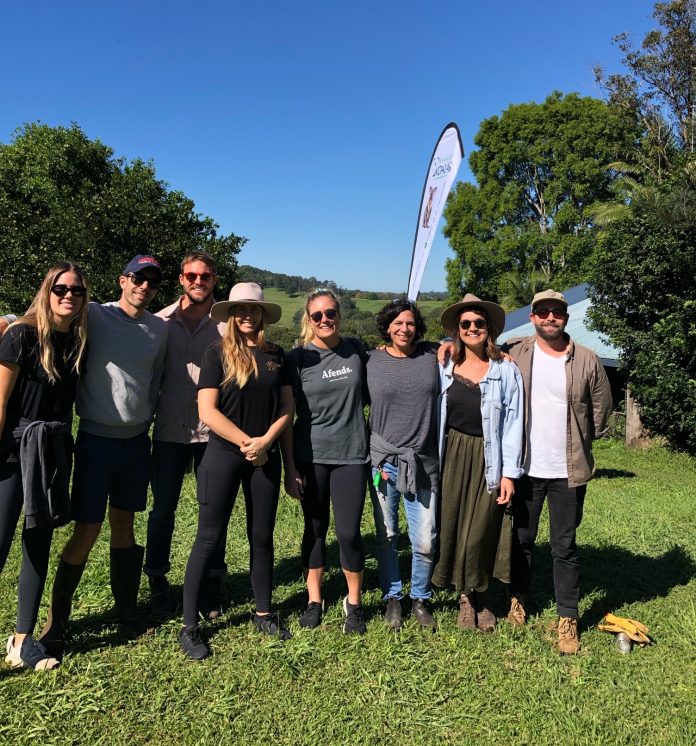 The Northern Rivers community is set to strengthen with three new charity projects run by the SHIFT Project, Shaping Outcomes and Bangalow Koalas, announced as the successful recipients of the inaugural Northern Rivers Large Grants Program.

Launched by the inGrained Foundation, a national not-for-profit established by independent Northern Rivers brewery Stone & Wood last year, the Grants Program invited local charities with DGR-status to apply for a grant between $15,000 and $30,000, with a total funding pool of $60,000.

Designed to capacity build and help the community to strengthen its local impact, applicants were encouraged to demonstrate how their projects ‘create connection’.

With the help of $27,000 grant funding, SHIFT Project, an organisation that supports women who are homeless or at risk of homelessness, will launch their Linen SHIFT social enterprise laundry service that provides training, employment and support to these women in the Byron Shire. The money is going directly to providing a commercial washing machine and dryer.

The second recipient, Shaping Outcomes, which runs early childhood intervention programs, will kick-start a free support and strategy service to 45 families who are coming to terms with their child’s disability in the Byron and Tweed shires, including referral processing, meetings and observations.

Dedicated to building a koala corridor from Byron Bay to Lismore through Repentance Creek, the third recipient Bangalow Koalas received funding to start new planting along a critical link in the corridor. The donation will enable over 2,000 trees to be planted.

inGrained Foundation board director Jasmin Daly said it was a tough decision to choose the successful applicants, who she said are worthwhile projects that would all meaningfully contribute to our community.

“The diversity of the applications reinforced that we live in an incredible region of individuals and groups who want to make a difference but also there is a lot more that we need to do to capacity build and support each other and the environment,” Jasmin said.

“We are really excited to see these three not for profits kick off their projects and make a difference to the beneficiaries through creating connection over the next twelve months. Each proposal showed exceptional commitment to the community’s social or environmental wellbeing – we commend and thank all the applicants for taking the time to apply.”

To find out more about the inGrained Foundation, visit www.ingrainedfoundation.com.au.