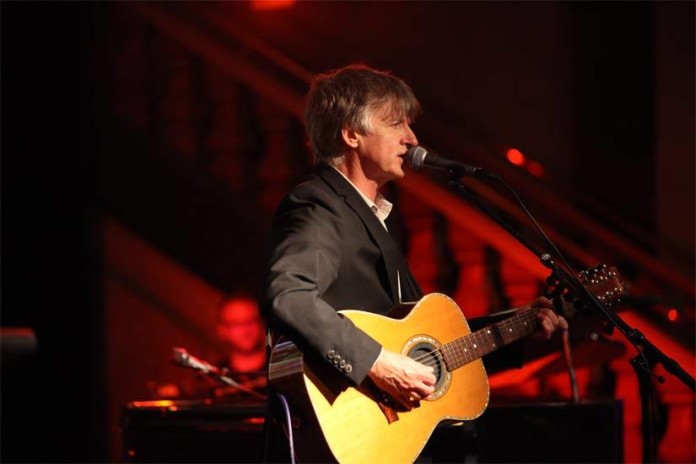 Today Wednesday 22 February, Bluesfest is excited to announce that Neil Finn and his band are joining the Bluesfest line up. Finn, along with his bands Split Enz and Crowded House are responsible for some of Australia’s most beloved songs including ‘Don’t Dream It’s Over’, ‘I Got You’, ‘Something So Strong’, ‘Better Be Home Soon’, ‘Weather With You’ and ‘Four Seasons in One Day’. It will be a magical Monday at Bluesfest indeed as Finn and his band end the festival with a set that will leave hearts full and faces smiling.

Vintage Trouble blew away Australian audiences with their blistering shows at the festival in 2016, leaving new fans in their wake, eager to see them again; so it’s with great pleasure Bluesfest can announce they will be back to rock the festival in 2017. Their brand new single ‘Knock Me Out’ was released in February; it’s anthemic, funky and will be electrifying live.

Nic Cester, front man of one of Australia’s most successful rock outfits of all time also joins this year’s Bluesfest line up. Jet made a massive splash on the world stage in 2003 with their debut album ‘Get Born” selling over 4.5 million copies, with the song “Are You Gonna Be My Girl” becoming one of the most recognisable rock songs of the era. Since retiring Jet in 2010 (re-forming in 2017 for a run of shows with Bruce Springsteen), Nic has lived between Italy and Germany, writing for his first solo album to be released in 2017. Backed by an exotic collection of Italian session players, strings and horns, the song writing retains the classic melodicism as the Jet hits, but takes a distinct left turn towards soul, glam and blues. Debuting his new songs for the very first time at Bluesfest, and backed by an outstanding band, one of Australia’s great vocalists, song writers and guitarists of the modern era is set to showcase what will become one of the most talked about albums of 2017

Playing For Change are more than a band, they are a movement, and one that has found a true affinity with Bluesfest audiences over the past four years they have played at the festival. Their first single ‘Stand By Me’ began with a Santa Monica street performer named Roger Ridley. Playing For Change recorded Ridley’s live public performance and then travelled the world recording more and more musicians to collaborate on the track. Today, the video has nearly 100 million views on YouTube, and has helped spread the organisation’s message of peace through music to the world. This year they are bringing two very special artists to play alongside them – Ellis Hall and Vasti Jackson.

Through the ages, there have been a number of famous blind African American male entertainers in Gospel, Blues, Soul and Pop but few as unilaterally gifted as Ellis Hall. He is a seasoned and accomplished vocalist in possession of a powerful 5-octave range. He has proven himself as an all-around performer that has entertained audiences on five continents, sharing stages with giants ranging from James Taylor, Natalie Cole, Patti LaBelle and Toby Keith to Herbie Hancock, George Benson, Bobby Womack, George Duke and Sheila E. His reputation of excellence earned Ellis the moniker, “The Ambassador of Soul.”

World renowned guitarist, and vocalist, Grammy winner, Mississippi living blues legend, Cultural ambassador, 2012 Mississippi Musicians Hall of Fame inductee, and 2015 Albert King Lifetime Guitar Award recipient – Vasti Jackson is a powerful force in the world of music. As an artist, Vasti is known for sweat-drenched, soul-ripping live performances marked by some of the most stunning, and innovative guitar playing today. He won the Grammy for Best Traditional Blues Album at this year’s awards for The Soul of Jimmie Rodgers. Vasti’s stellar vocals, fiery guitar, and stage presence captures the audience, and leaves a lasting impression that celebrates the triumph of the blues, and the joy of rhythm that is soul satisfying to all that are lucky enough to experience his music.

Bluesfest is proud to welcome REMI to the festival stage for the first time in 2017. REMI and musical collaborator Sensible J are one of the fastest-rising hip hop acts in Australia and are quickly gaining the attention of international tastemakers. Their 2016 album Divas and Demons impressed critics, with Tone Deaf calling it “a landmark album for Australian Hip Hop” and Rolling Stone Australia awarding it four and a half stars saying “Demons purged, REMI can confidently survey what remains: a legit contender for Aussie album of the year.” They toured in support of Divas and Demons in 2016, whipping sold out crowds into frenzy across the country. Known for their emotionally raw and powerful lyrics along with heavy bass stabs, hip hop fans don’t miss what is sure to be an unforgettable introduction to Bluesfest audiences for this up and coming Australian talent.

The Wilson Pickers are welcomed back with open arms to Bluesfest in 2017. The Wilson Pickers are a three time ARIA Award nominated, five piece acoustic and vocal harmony group hailing from three separate states of Australia’s East Coast. Since forming in 2009 as a side project between John Bedggood, Andrew Morris, Sime Nugent, Ben Salter and Danny Widdicombe, the Pickers struck a major chord and became festival favourites around the country, renowned for their harmony singing and jovial attitude. Their 2016 album, You Can’t Catch Fish from A Train, is a triumphant return to the stage and studio after a five year hiatus while Danny recovered from leukaemia. Their shows are raucous, virtuosic; often spell binding and always a very good time.

Bluesfest is delighted to welcome the Round Mountain Girls back again in 2017. It’s been nearly a decade since the congregation of 40 something, part time musos got together in a shed on Round Mountain in the most northern part of NSW to play “a buncha old songs for a bit a fun”. Hundreds of shows later and the quintet have gone on to play some of Australia’s biggest stages at the nation’s biggest festivals including Woodford Folk Festival, The Gympie Muster and of course Bluesfest, cementing themselves as one of Australia’s premier alternative country rockers. Praised for their incredible work ethic, forever on the road sharing their unmistakable live show; fans can rejoice that 2017 will be no different, with a range of national and international dates rolling out in support of their newest album Meet You At The End. Undoubtedly Meet You At The End is Round Mountain Girls’ most elaborate and daring release yet. Fans can expect a mix of new material and old favourites in their Bluesfest sets this year.

The Australian Ukulele Show (TAUS) will take Bluesfest audiences on a wonderful musical journey acknowledging its people, events, and music of the great southern land. They pay homage to the Aboriginal people, the First fleet, icons such as Ned Kelly, Banjo Patterson, our ANZACS, Peter Allen, Keith Urban, The Bee Gees, Lee Kernaghan, John Farnham and much more. Featuring four artists on Ukulele and lead vocals, accompanied with a fantastic rhythm section and special didgeridoo performances, it is a powerful, funny, heart-warming show which is literally bringing people to tears when they see. TAUS is sure to be a special performance at this year’s Bluesfest.

Winners of last year’s Bluesfest busking comp IVY have been added to the line-up for 2017. Fuzzed out tones, soul drenched swagger, unrelenting howls, IVY hit you right in the goddamn feels. A modest 2015 saw IVY sweat the stage with You Am I, British India, tour the East Coast, refine their ridiculously danceable Rock ’n ’Roll show, release a couple of jams, score some Triple J airplay. 2016 got off to a flying start – Mountain Sounds Festival (Violent Soho, The Delta Riggs), Sweaty Palms Festival (Kingswood, Bootleg Rascal) Snowtunes Festival (w/ What So Not, Ball Park Music) and of course, opening the main stage of Byron Bay Bluesfest and winning the busking comp! 2017 will see the band release their second EP “Lady of Stone, and with more gigs to come IVY are a band on the rise.

All these incredible artists join other notable musicians including Santana, Jimmy Buffett, Zac Brown Band, Patti Smith, Mary J. Blige and The Lumineers on what is one of Australia’s most eclectic festival line ups. Bluesfest attendees will enjoy five days of music at the beautiful Tyagarah Tea Tree farm, just outside Byron Bay over Easter from April 13 – 17 2017. The festival is also home to food stalls and cool fashion from Byron and surrounding regions. Visitors can stay onsite in a range of camping options from BYO tents to Tent Motels and Tepees.