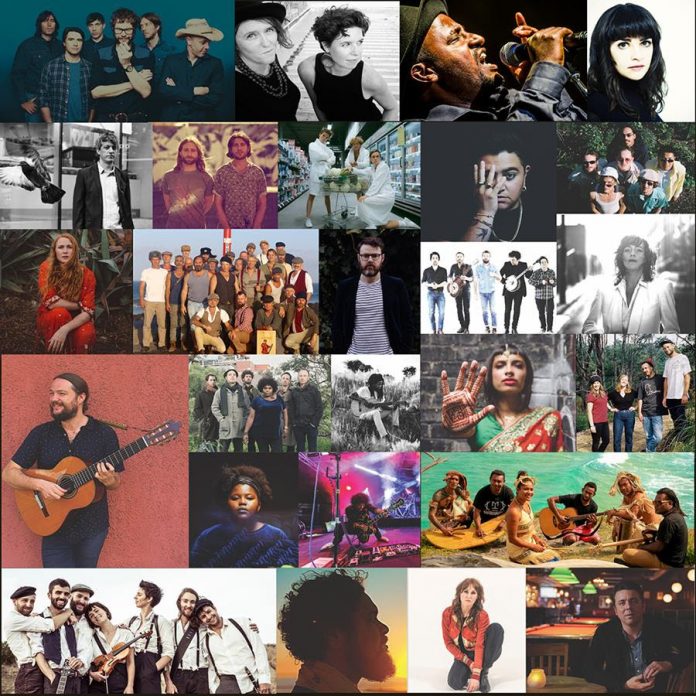 Stamp your musical passport at Mullum Music Festival this year with bands and musicians from Chile, South Africa, US, UK, Ethiopia, Canada, and the Solomon Islands playing alongside a power packed local and national line up. Now in its 12th year, Mullum Music Festival’s defining characteristic is its ability to offer a genre diverse line up for a multitude of music lovers. This is an inclusive festival for everyone from 2 to 82.

This year’s program features Wagons, hot on the heels of their long awaited 2019 comeback album ‘Songs From the Aftermath’. The perfect melodic and lyrical blend between Americana and alt pop, you’ll be seduced by the alluring dark vocals of Henry Wagons.

Mojo Juju cleaned up at the National Indigenous Music Awards this year with ‘Native Tongue’ claiming both album of the year and song of the year. Mojo Juju is proof that some of the best music in the country right now is being made by First Nations people.

Conjuring an immersive and psychedelic sonic landscape both live and on record, Steve Gunn (US) is known for telling other people’s stories, but on his breakthrough fourth album, ‘The Unseen In Between’, he explores his own emotional landscapes with his most complex, fully realized songs to date.

The heady vocals of Rachel Baiman (US) have you hooked from hello. Her smoky tones move effortlessly between bluegrass and folk, old time and country.

Mullum offers quiet places to listen and wild places to dance. In fact, if there’s ever a place you can truly let loose on the dance floor, its Mullum Music Festival. People there LOVE to dance. This year the call to the floor is from Dereb The Ambassador bringing Ethiopian tinged soul beats and dirty rhythms to the fore.

Mullumbimby is just a short drive up the highway from Byron Bay. Where Byron has a more commercial coastal feel these days, Mullumbimby is where the wild things are. It’s where hip happens. It’s the ideal spot for a mid-November getaway to explore some the region’s infamous arts and crafts, distilleries, fabulous boutique accommodation and of course, Mullum Music Festival with over 200 performances in 14 venues over four days.

It’s like a farmer’s market of musical produce, rich, juicy, home-grown and free of industry modifications. This is independent music, uncompromised, fiercely organic and best of all… its music that’s good for you!