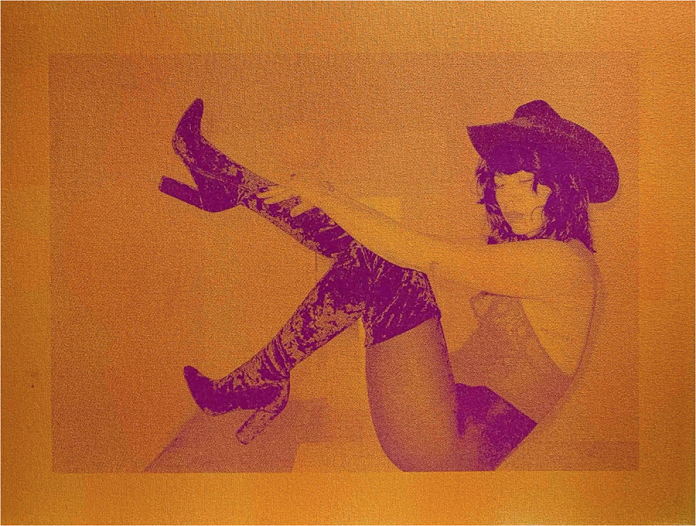 If Basquiat and Keith Haring had a son and he was drawing with his left hand. On Bowery is a series of works started in 2011 when Michael decided to try his hand at drawing. He had just moved to NYC and was struggling to continue his start-up fashion label Stiegler, despite having the likes of Kate Moss and Chrissy Teigen wearing it.

Michael began working in a retail store in Soho to make ends meet, and started drawing on receipt paper when the store was quiet. The characters were inspired by the people and faces he would see on his way to and from work, walking from Soho down the Bowery to his flat on the Lower East Side.

Images of pop-culture icon Kate Moss are a centre point of the exhibition, photographed by Michael on a lost weekend in Byron Bay. The face that launched a thousand products, Kate’s image appears replicated on multiple mediums including a collaboration with Dina Broadhurst.

Michael’s works combine an appetite for art, fashion and photography with an energetic street-art appeal where he says, ugliness and beauty coexist, just as they do in reality. His style is iconic and Stiegler has never drawn the same face twice, possibly drawing tens, maybe hundreds of thousands of faces over the last 8 years.

Michael uses his works as commentary on the excess of contemporary culture, portraying the vulnerability, desire, anxiety and lust for consumption in a modern world.