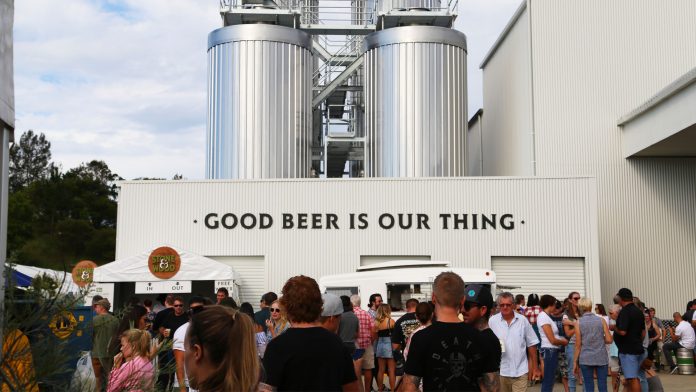 Between 11.00am and 5.00pm on Saturday 30 March at Stone & Wood’s Murwillumbah brewery, the annual ‘Murbah’ Open Day will again invite locals to an all-day, family-friendly event of beer, food and music, complete with market stalls, food trucks, a kids’ area and brewery tours for those keen to get behind the scenes.

Additionally, paying homage to the legendary Murwillumbah story of the truck that fell into the Tweed River on Boxing Day and the ‘heroic’ tales of locals diving in to save the beer, Stone & Wood will again brew the sort after Murbah Swamp Beer for the event, along with putting it on tap at local venues. “We’ve seen the wonderful work Meredith and her team do, caring for our community,” Miss Daly said. “The respite, refuge and tranquillity they provide for those with life-limiting illnesses, and also the support they give to the families in their time of need, is inspirational.”

Transfers between the Murwillumbah brewery (35 Kite Crescent, South Murwillumbah), Murwillumbah and the Tweed Coast will be provided by Mt Warning Tours. For Murbah Open Day updates and information, locals are encouraged to visit www.stoneandwood.com.au.