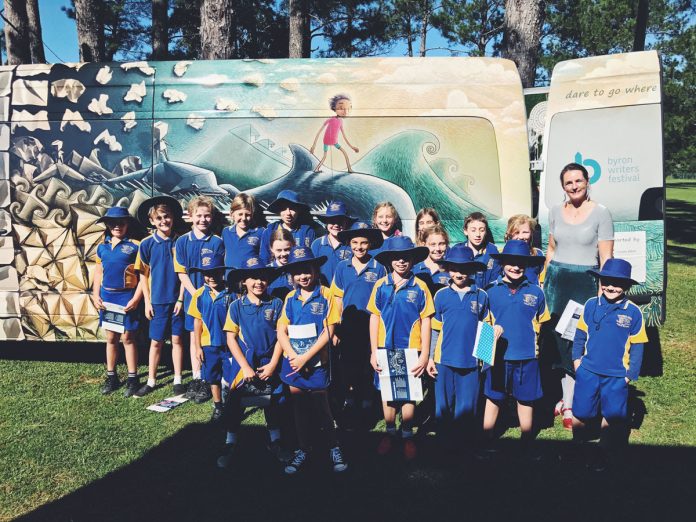 “Three years ago Byron Writers Festival set out on a journey to inspire, nourish and excite our region’s youth – the readers and writers of the future – by developing a free mobile creative writing program bringing leading authors, illustrators and storytellers plus volunteer tutors and helpers direct to schools,” she says.

“We ran a pilot program in 2016 reaching close to 1000 young people in 16 local schools. However, the launch of the full program and the beautiful StoryBoard bus last year saw the program go to a whole new level.

“With 87 school visits, 31 masterclasses, workshops at Byron Writers Festival, and author tours reaching Kempsey in the south, Tenterfield in the west and Tweed Heads in the north, we reached around 7500 young people in 2017 with inspiring hands on workshops and author talks.

“We also greatly appreciate individual donations, which help us keep the workshops free, allowing accessibility for all young people in the Northern Rivers.”

The program will continue in 2018 providing free school visits, workshops and masterclasses across the region and offering professional development for local teachers.
For more information and to download the 2017 annual report go to byronwritersfestival.com/storyboard