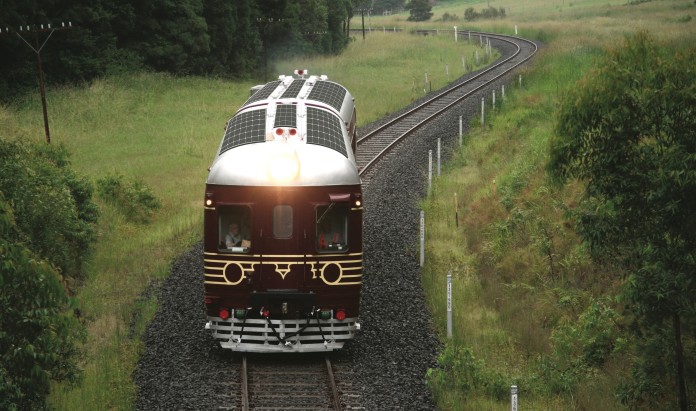 A love of trains is a must. The train itself is a two carriage 100 seat 600 series rail motor fully restored in its heritage colours. Over the next couple of months the train will undergo an intensive conversion to become what is believed to be the world’s first solar train.

“There are a lot of people who are very passionate about trains and railways in general” said Jeremy Holmes from Byron Bay Railroad Company. “So if you have always dreamt of driving a train or working with trains, now is the time to act”. Full training to appropriate applicants will be provided. “We understand that there are not a lot of fully accredited train drivers living in the Northern Rivers and so we are able to provide training for the right people” outlined Holmes.

Well known Myocum resident Robert Jarvis will be taking up one of the Train Driver positions. Many locals may know Robert from Brunswick Valley Coaches. He started the business with three buses and, in 2010, sold his fleet of 35 buses to Blanches. Robert has maintained a lifelong affair with trains which saw him in the role of Station Master at Mullumbimby for a time. His other interests include travel with his wife Julie and motor racing. Robert has raced all over Australia and New Zealand, with 280 races and 19 podium finishes under his belt.

“We have been working on bringing this train to Byron Bay for five years now and it’s immensely exciting to be expanding the team” said Holmes. “We are really looking forward to welcoming new staff to help us to deliver this world first technology and service”.