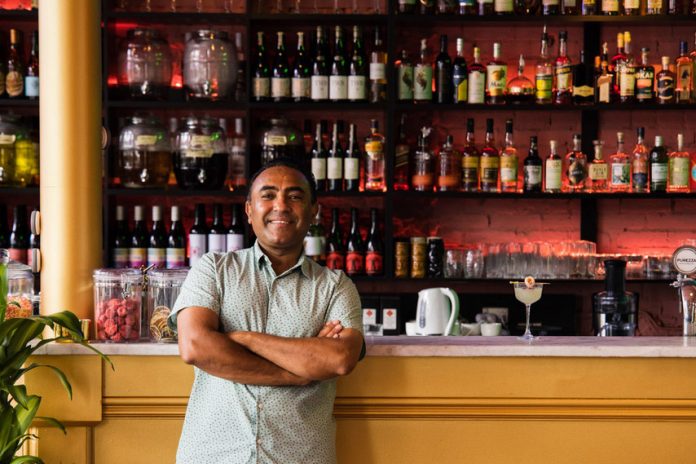 Mid-June 2021, acclaimed chef-owner Jessi Singh will open his “unauthentic Indian” restaurant Daughter in Law on Fletcher Street, Byron Bay. 100% of all proceeds from the opening night will go to a three-pronged initiative close to his heart, which directly supports Indian people through COVID.

This is not your typical Indian joint. Singh has been mastering the art of what he calls ‘unauthentic Indian’ food for many years now; and will be blending the flavours he grew up on with local Northern Rivers ingredients, and new cooking techniques.

“I like working with what surrounds me. Yes, I’m Indian, but I live in Australia and I’m also Australian,” he says.

The menu at Daughter in Law Byron will be more coastal style “unauthentic Indian” and it’s important to note that this is going to be a very different Indian restaurant that’s ambitious and playful, and encapsulates the Byron Bay lifestyle with an emphasis on seafood, vegan and gluten-free fare.

Singh describes his food as “unauthentic” because, in his view, “there is no such thing as authentic Indian food. There are no recipes, and everything is passed on through the generations in the kitchen verbally. Daughter in Law represents my travel journey throughout the world, so it’s global food with an Indian twist; these recipes will be passed on to my children.” 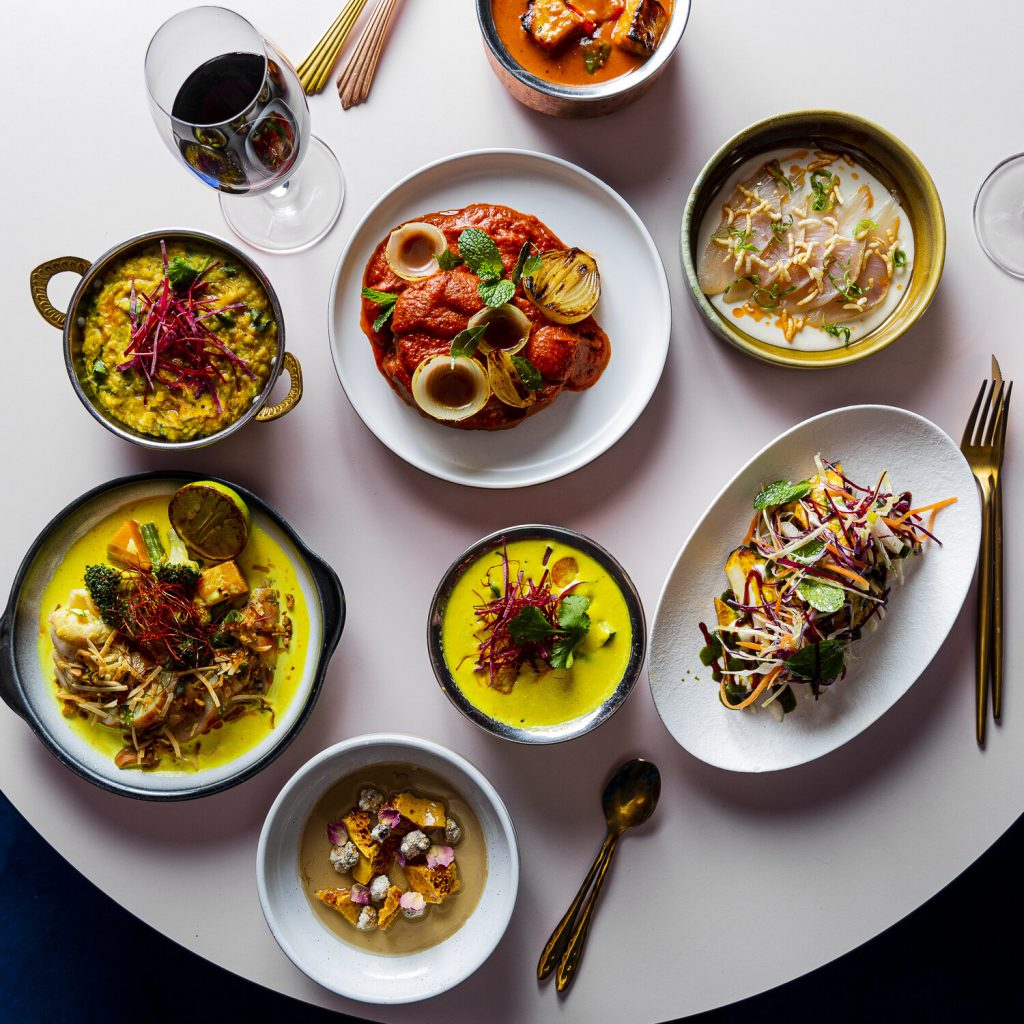 Celebrated sommelier Bhatia Dheeraj will be overseeing the extensive wine list which includes local producers alongside interstate and overseas drops. All beverages, including a line-up of beers and ciders, can be found in self-serve fridges. For cocktails, there’s an Indian spiced sangria – a mixture of red wine, sweet vermouth, and orange – as well as the Daughter in Law, which is made with Byron’s favourite Brookie’s gin, a tandoori-fired pineapple and cardamom lime.

The 65-seat restaurant will have a vibrant atmosphere with daily DJ’s spinning 80s and 90s tunes to get the party started, while projected scenes from famous Bollywood films will flicker on the walls. Green and blue velvet seating, handmade glasses with rainbow peacocks, gold touches (a colour that traditionally symbolises wealth and prosperity in India) and a pink neon sign will add to the buzzing space.

“We don’t take things seriously, but we’re very serious hospitality people. That’s the goal; to be fun and relaxed, not to be stuffy,” says Singh.

About Jessi Singh
Born to a farming family in Punjab, Singh later moved to Melbourne and opened a string of acclaimed eateries with ex-wife and then business partner Jennifer Singh: Dhaba at the Mill, and Babu Ji. They sold them all before moving to America in 2014, where they opened acclaimed restaurants NYC’s Babu Ji and California’s Bibi Ji. The pair went on to open Don’t Tell Aunty in Sydney, Mrs Singh in Melbourne, and Daughter in Law (Melbourne, Adelaide and now Byron Bay). His restaurants and cooking have been celebrated both nationally and globally due to his approach to dining, which is known for signature creative touches of playfulness, vibrancy and surprise.