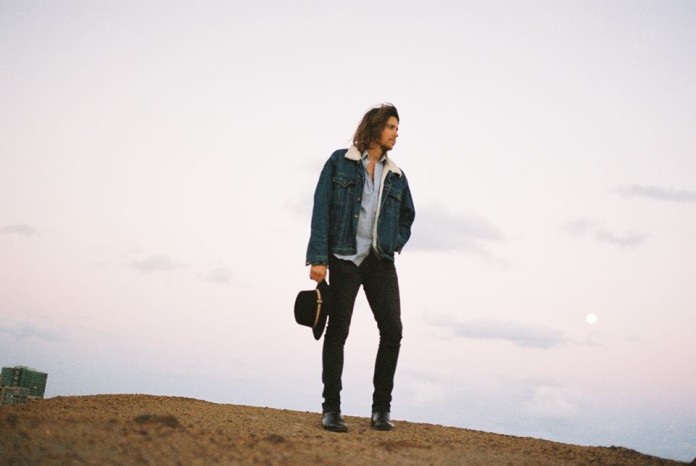 Released in June 2015 to a wave of critical acclaim, James Thomson’s second album Cold Moon wowed multiple national publications and has been heralded as one of the finest Americana albums of recent years.

Following the success of their Spring 2015 tour, James Thomson is joined by The Strange Pilgrims; with Craig Rattray on bass, Jason Lowe on steel/lead guitar and Tim Burns (ex-Perry Keyes) on drums. TheHighway Nights tour will take the band to new cities and towns along the East coast from Brisbane to Melbourne, kicking off on Friday February 12th at The Rails, Byron Bay.

In their hometown show in Newcastle NSW, James Thomson and The Strange Pilgrims will also feature as part of this year’s Surfest after party, alongside Northern Beaches Punk Rock legends The Celibate Rifles. Now in its 31st year, Surfest is one of Australia’s best established surf competitions, which sets the perfect stage for a standout hometown gig on Saturday, February 27 at the Nationally renowned Cambridge Hotel. In a one off solo appearance on the tour, James Thomson will also join Lachlan Bryan and The Wildes at The Retreat in Melbourne on Thursday, March 3, before heading North for a final show in Sydney at the ever-popular, Newtown Social Club.

Following successive National tours with Simone Felice (The Felice Brothers) and Mark Olson (The Jayhawks) in support of his self titled debut album, James left Australia in late 2013 to write, perform and travel through the United States.
During this trip James wrote the majority of the songs on Cold Moon and once back in Australia headed into the studio for the Cold Moon recording sessions, which were scheduled around a sold out National tour with Nashville-based artists Robert Ellis and Jonny Fritz.

Audiences and reviewers rightly note the influence of artists like Neil Young & JJ Cale on James’ music, but his part traditionalist, part renegade approach to song writing see’s these influences fit naturally alongside diverse and less obvious ones like The War on Drugs, The Velvet Underground and Bruce Springsteen.