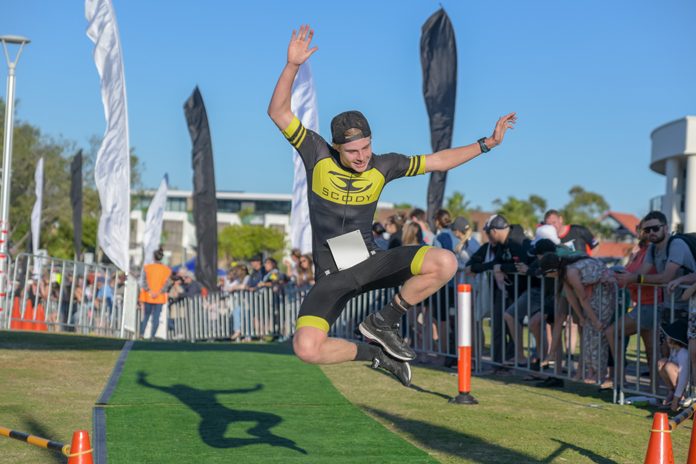 Last Saturday, the Byron Bay Triathlon celebrated it’s 23rd annual edition with over 1100 participants plus an estimated crowd over 2500 spectators on hand to witness racing in four different distances.

With cool, clear and crisp weather, athletes were treated to favourable conditions for their cycle and run components. “Getting people active in sport, especially kids, is a big part of NXsports and seeing the little legends start the day was definitely a highlight for our crew,” said Race Director Mike Crawley.

The cycle route for the race was refined for 2018 in order reduce the overall road impact, particularly around Suffolk Park.

Says Crawley, “By focusing on a lap-based course, we were able to keep access in and out of Suffolk Park via Midgen Flat to the south.”

“Looking ahead to 2019, we will continue to make a few more minor adjustments to the course design in consultation and partnership with local feedback.”

In the Elite Categories, Ben Cook took out the Men’s title and Emily Donker won the Women’s event.

It is projected over $6000 will be raised for local charities, community groups, and the employment of local young people as a result.

Event organisers thank local residents and businesses for working with the event despite any inconvenience caused by road closures and detours.