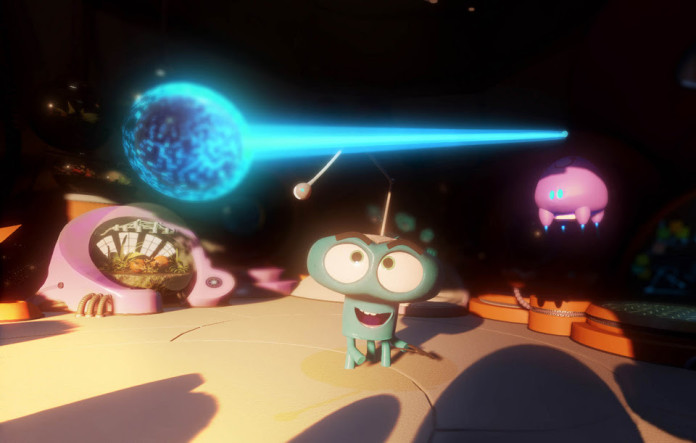 The festival has been developed in conjunction with the Internationally renowned Byron Bay Film Festival (BBFF) and takes place in the heart of the Sydney CBD at the premium Event Cinemas complex on George Street (aka The George Street Cinemas).

Presenting a mixture of the latest in VR as well as more traditional on-screen content – short films, animations, cuts from game story lines, VFX and documentaries on emerging technology.

With different sessions focused on:
• CinematicVR the latest premium content from around the world with Australian some premieres
• Sports VR immersive play for sports fans to feel like they are in the moment
• Kids VR (10 -16 yrs) VR experiences, movies, interactive VR and lot’s of fun virtual reality based entertainment
• Animation, visual effects and game story content
• Short Films to get even the most non-geeky person excited about the very near future, what is fast becoming “science fact” (previously science fiction).

J’aimee said “I’ve attended the previous Convergence events, they were amazing with some of the best minds from Silicon Valley there along-side other global and Australian tech professionals – some of the best technology networking in Australia”

“We have some amazing content, including a lot of Australian premieres: From Eric Darnell, the director of Madagascar we’ll be showing “ASTEROIDS!” VR. Which lets the viewer take on the role of a helper-bot alongside apair of quirky aliens in a completely immersive story filled with humour, excitement and compassion”.

From Eliza McNitt, “A Fistful of Stars” featured at SXSW and is an immersive encounter with the cosmos that deepens our understanding of the Universe. This multidimensional view into space in virtual reality uses photorealistic simulations of the iconic imagery from the Hubble Space Telescope accompanied by The Hubble Cantata, a composition featuring a 30 piece ensemble, a 100 person choir, and two stars from the Metropolitan Opera. On this journey to the stars, audiences find themselves lost, together floating through the cosmos.

Described as a Heartbreakingly Beautiful VR Experience About Sadness and Color “Hue” premiered at the 2017 Sundance Film Festival and is a work in progress from creator Nicole McDonald. Framestore Ventures has partnered with Marry The Moon to tell a touch-based interactive tale about a young man, named Hue, who has lost his ability to see color.

From Ethan Shaftel and Frank Stringini “EXTRAVAGANZA” mixes 3D animation and live action footage in a short immersive satire in a piece which is screening at Tribeca Film Festival. When the viewer puts on the VR headset they become a puppet trapped in a stunningly offensive puppet show. Instead of a consumer, they find themselves in the novel position of “consumed,” subjected to insults by their audience and confronted with many of mainstream entertainment’s blind spots and prejudices. Can technology change society for the better, or does it just magnify our worst traits in new ways? Starring Paul Scheer and John Gemberling.

These are just some of the great experiences which will be shared on May 3rd. Film details, session times and tickets ($15) are available from at convergence.events/film-festival