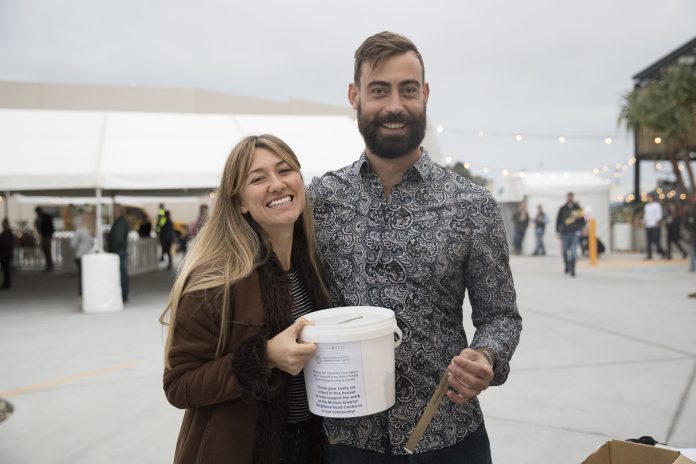 Community welfare not-for-profit the Mullumbimby District Neighbourhood Centre has just received a donation of $10,520, thanks to the profits raised at Stone & Wood’s Festival of the Stone on Saturday 8 June.

An annual beer and music festival held at the Stone & Wood brewery, Festival of the Stone stands as the independent Northern Rivers brewery’s largest fundraising event for the year, whereby its profits are directed to a chosen social or environmental charity in the region.

This year, for the first Festival of the Stone held at Stone & Wood’s recently constructed brewery, the Mullum District Neighbourhood Centre (MDNC) was selected as the recipient of the Festival’s profits, totalling $10,520 that was awarded to the organisation this week.

MDNC acting manager Leseera Kai said the donation would provide a sustained boost to the centre’s work and recognition.

“Being picked to receive donations from Festival of the Stone this year is a boost to our organisation; not only for the dollars but also for the recognition of our amazing team’s hard work and dedication,” Leseera said.

“The impact of this donation will continue to ripple through our organisation and community long after the dollars have been spent.”

InGrained Foundation board member Jasmin Daly said awarding the donation to the MDNC was a community achievement.

“Every year, we love watching our community come together for Festival of the Stone and enjoy themselves with family and friends,” Jasmin said. “Everyone who attended the Festival helped us generate this donation for the MDNC, and so our thanks go to everyone who supported the event!”