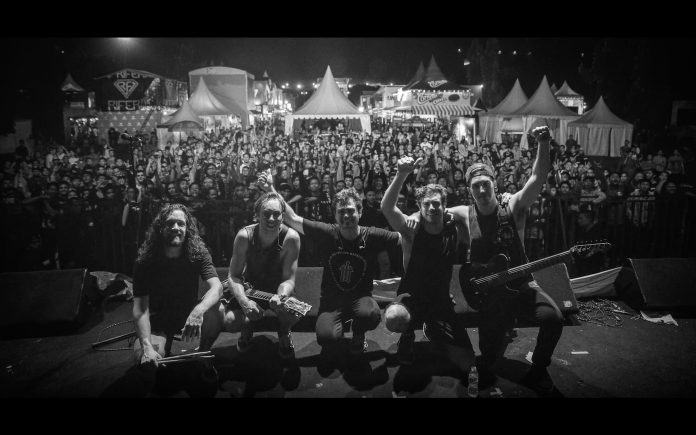 A Documentary About the Music Industry and the Environment greenisthenewblack.film

Today, Australian heavy music act In Hearts Wake is releasing the official trailer for their feature length documentary GREEN IS THE NEW BLACK alongside the announcement of Australian and international screening dates across Earth Week 2022 this April.

Conceived during the catastrophic bush fires of early 2020, filmed during the global pandemic and released as unprecedented floods have devastated the East coast of Australia, Green Is The New Black holds a mirror up to the music industry and its relationship to the environment.

Green Is The New Black chronicles the making of In Hearts Wake’s 100% carbon offset 2020 album Kaliyuga and their journey to become a certified Carbon Neutral Organisation but it’s more than a film about one band and one album. As In Hearts Wake examine their processes and search for more environmentally sustainable options, inspiring new possibilities for an entire industry begin to emerge.

The band are hosting a special screening of the film on Tuesday 17 May at Byron Theatre as a fundraiser for Rainforest 4 Foundation. A Q&A will follow the film screening, including In Hearts Wake manager & vocalist Jake Taylor, musician and first nations educator & activist Nidala Barker and comedian, author and Greens Candidate for Richmond Mandy Nolan. The Q&A will be broadcast live to the band’s YouTube which will also be viewed by everyone witnessing a global stream of the film happening at the same time.