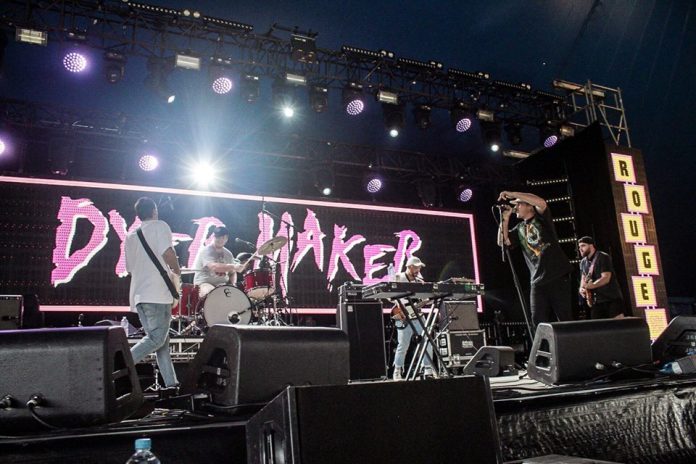 Newcastle psych-groovers DYER MAKER return with their salt-crusted third EP, It’s Hard to Know, set to be released on the 6th of September prior to the 5-piece board the bus for an epic 17 stop East Coast tour, kicking off at The Brewery in Byron Bay on the 13th of September.

Capitalising on the smooth production process DYER continued their collaborative efforts with the legendary Grove Studios veteran Jack Nigro (DZ Deathray, Skeggs) with the group expanding on the sounds presented in Elastic and drawing influence from greats such as Red Hot Chilli Peppers, Oasis and DMA’s.

The standout single, Days Alive has an iconic stripped back 90’s feel with comparatively minimalistic string leaving the vocals to take center stage, cementing a lasting and powerful impression. Dynamically the song takes you on a journey, it grows with each chorus gradually building, allowing the band’s psychedelic influences to shine through.

Days Alive is the representation of a problem that has consumed us all at some point. The track is a representation of insecurities caused by the effects of social media and what it has brought to so many people, myself included. I was constantly comparing myself, my life, my existence with ‘pictures’ of people I don’t even know. – Tim Howell (Vocalist)

It’s Hard to Know is a testament to the versatility and depth of the 5-piece, from the introspective relatability presented in Days Alive to the fast-paced, Rage Against The Machine inspired headbanger that is 2300, DYER delivers both sonically and lyrically.

Following the September release of It’s Hard to Know DYER will continue to belt out anthemic pysch bangers on their 17 stop East Coast Tour with rumors the band will be heading to NZ early next year. With a few national tours and a recent slot at the 2019 Groovin The Moo under their belt the novocastrians are no stranger to rocking a set.