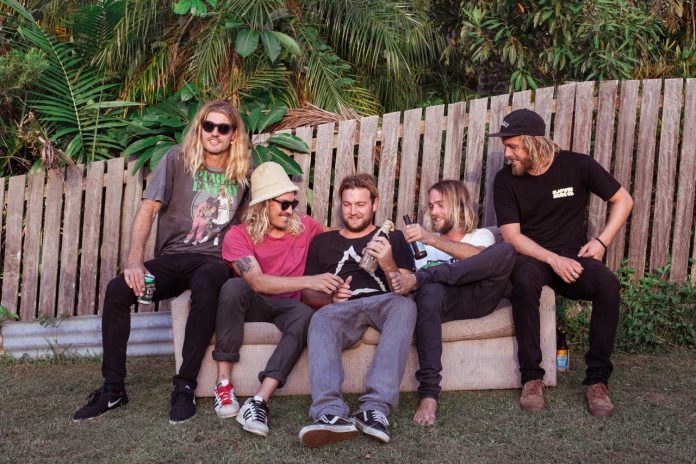 Byron band Drop Legs have attracted a solid following with their energetic live perfor-mances and fusion of Heavy reggae and surf Hip Hop. The band’s accelerating career has seen them recently complete their fifth East-Coast tour ending on another packed out show at The Great Northern Byron Bay, as well as touring Indonesia for Sailor Jerry and supporting the likes of Opiou, Sticky Fingers, Bootleg Rascal, Bonjah, Band of Frequen-cies, Ocean Alley, The Bennies and more.

Recently signing on with new management and publicity, Drop Legs has had great run in 2016 with two latest singles “750 mls” and “Criminal” being premiered on triple J, as well as playing Psyfari festival, Island Vibes festival and Bohemian Beat Freaks Festival.

Drop Legs have teamed up with BlackRat And The Bandits as well as Dos Loona, for a big end of year celebration in the new band room at the Byron Bay Brewery. It’s free entry and kicks off at 8pm.