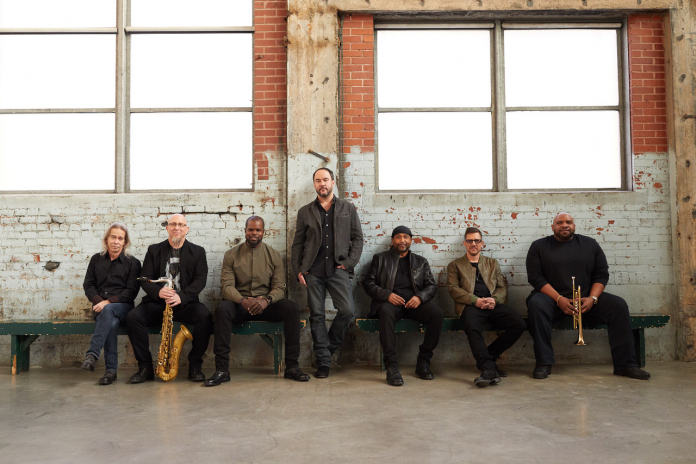 DAVE MATTHEWS BAND, CROWDED HOUSE, PATTI SMITH AND HER BAND and many more will ensure our 31st Bluesfest Byron Bay rocks next Easter! The 31st annual Byron Bay Bluesfest is taking place from 9th – 13th April 2020 and is set to be the best festival yet! The first of many line up announcements also includes the legend GEORGE BENSON and BRANDI CARLILE, both making their Bluesfest debuts. There is only one type of Dave Matthews Band (DMB) fan and that is a hardcore one!
Bluesfest is incredibly excited to have the industry powerhouse play at the 2020 Bluesfest and we know the masses of fans who have been requesting the jam-loving rockers presence at the festival year on year will be too. This will be Dave Matthews Band’s third visit to Bluesfest and if the two earlier visits are anything to go by… it’s going to be more of the same… A tent full of happy, dancing Bluesfesters. As Peter Noble, Bluesfest Festival Director puts it: “Dave Matthews Band are one of the top grossing, most in demand bands in the world – and finally they are coming back to Bluesfest. This is going to be magical and UNMISSABLE.”

Crowded House return to headline Bluesfest with an EXCLUSIVE AUSTRALIAN PERFORMANCE. Multi – APRA and ARIA award-winners, BRIT award winners and MTV Video Music Award winners their albums and songs have been cornerstones of most of our collections…. and their anthems such as “Don’t Dream It’s Over’, ‘Weather With You’ and ‘Better Be Home Soon’ still resonate with a global audience of all ages. Crowded House is a long standing and much-loved vehicle for the song writing talents of Neil Finn. Formed in Melbourne Australia in 1985 out the ashes of New Zealand’s Split Enz by Neil, Paul Hester and Nick Seymour, and now, 30 + years later, Neil and Nick have been energized and inspired to begin a new chapter in the Crowded House story. The new chapter begins with this exclusive headline appearance at Bluesfest next Easter and there’s only one place to be – front and centre !

Patti Smith and her Band conquered Bluesfest in 2017 … and went on to win the Helpmann Award that year for Best International Contemporary Concert ! Best-selling author, performance poet & visual artist Patti Smith’s list of artistic accomplishments doesn’t end there. She is a Rock and Roll Hall of Fame inductee, recipient of the Polar Music Prize, a human rights activist and also holds the honour of “Commandeur des Arts et des Lettres” from the French Ministry of Culture. And , just when we thought it was all over… the legend that is Patti Smith calls and says: “I’d like to do it all over again… I’m ready if you are !” How could we refuse !!! So, with open arms, we welcome back the Godmother of Punk, Patti Smith and her Band, to Bluesfest 2020.