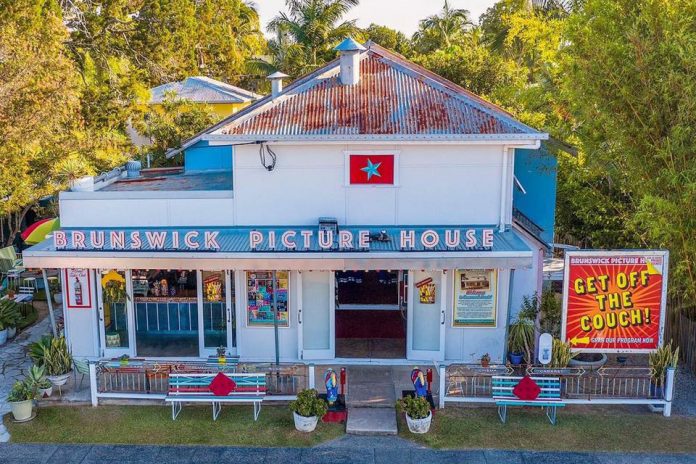 This January and February you can catch some of Australia’s most well loved comedians right in Brunswick Heads (20kms north of Byron Bay).

Judith Lucy VS Men. Five shows 8-12 January
Judith Lucy is single again… and 51. She recently reflected on her entire history with men and concluded that maybe it was time to shut up shop.

Frank Woodley — Work in Progress. Five shows 8-12 January
Frank is often referred to as a *@#!KING CLOWN — he chooses to take this as a compliment that reflects his mastery of the ancient art of wrongness.

Kitty Flanagan: New Material Workshop Show. One show 13 January
It’s time to join Kitty up close and personal as she tries out new material. Some of it will be funny, some of it will ‘have potential’ and some of it will never be said out loud ever again.

Dave Hughes — Work in Progress. Four shows 15-18 January
Hughesy is the busiest man in show business, he loved Bruns so much last year he is coming back to trial his brand new material on your sunny shores again!

Becky Lucas and Nazeem Hussain: Works in Progress. One show 8 February
Join Nazeem and Becky as they work on jokes for their 2020 Comedy Festival shows! See their new work before anyone else does and don’t worry, most of these jokes are already funny! (Most)…