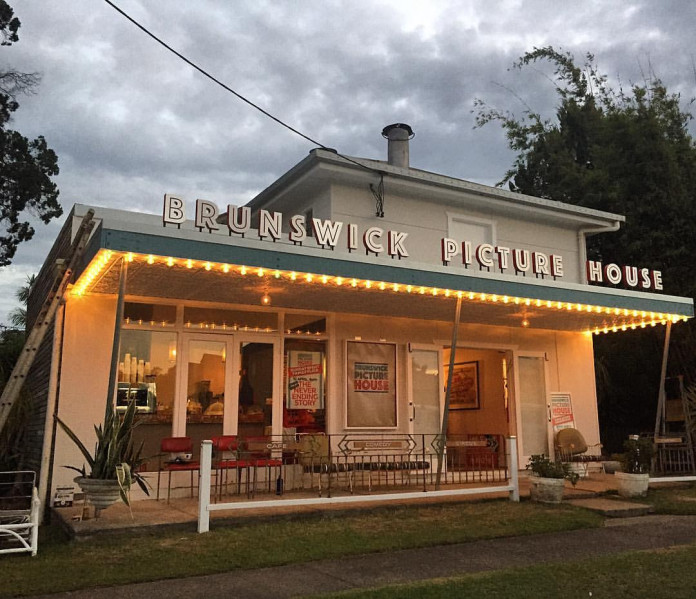 After 30 years laying dormant, the curtain has lifted on the Brunswick Picture House, which opened its doors this past Easter with a fun-packed programme of events created to celebrate the occasion, including family-friendly circus shows, the launch of regular film nights and a cheeky evening cabaret.

All tickets for the second Cheeky Cabaret this coming Saturday, 23 April have been sold, but the Brunswick Picture House is thrilled to announce the next two instalments of their house production, featuring all new line-ups, scheduled for Saturday, 21 May and Saturday, 25 June, at 7.00pm.

Guests who were lucky enough to experience the inaugural sold-out cabaret are still reeling from this extraordinary night. So come see what all the fuss is about. As always, bring Grandma but leave the kids at home.

The Brunswick Picture House is the new home to circus-cabaret-variety sensation La Soirée, the critically acclaimed, Olivier Award-winning and much loved show that has been touring the globe for the past eleven years, with sell-out seasons in London, New York, Buenos Aires, Hong Kong, Stockholm and Paris. Brett Haylock, producer and creator of La Soirée and its sister show Club Swizzle, who spearheaded the new incarnation of the Brunswick Picture House, is delighted to bring the spirit and energy of these shows to their new home in Bruns with the Cheeky Cabarets.

“It has been incredibly rewarding for the Picture House team to see our months of hard work be embraced so enthusiastically. The response has been overwhelming and it is an absolute joy to bring a little bit of old-fashioned razzle dazzle to such a vibrant community,” says Haylock.

We have now established our regular film nights with Thursday nights focussing on films for “grown-ups” and Sunday nights dedicated to Family Flicks. All films screen at 6.00pm, with the fabulous new café open from 5.00pm.