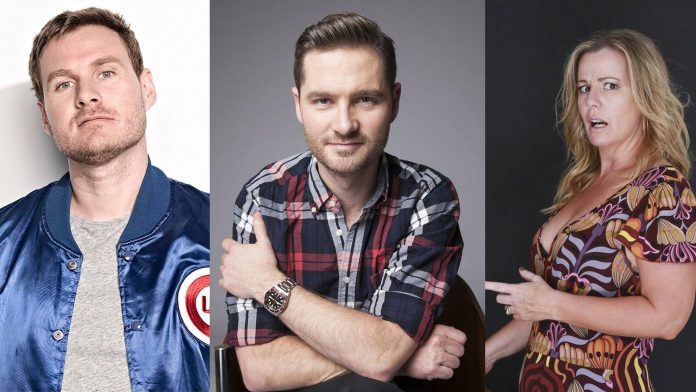 Edgy, polished and inventive, Charlie Pickering is one of the most exciting names in Australian comedy. Performing with Damien Power and MC Ellen Briggs, 7pm Thursday 18 January at the Byron Bay Brewery.

Long before he scored gigs on two of TV’s biggest shows, Charlie was touring internationally, winning awards and playing to sold out houses. Pickering is an impressive stand up comedian, its his first love, and he claims its what keeps him honest. While in the US Pickering is a regular on the comedy scene, learning to adapt and reinvent his schtick for the US Audience.

Charlie has earned many an accolade for his live work over the years, including nominations for the Perrier Best Newcomer Award in Edinburgh, the Barry Award for Most Outstanding Show at the Melbourne International Comedy Festival, as well as being named Best International Guest by the NZ Comedy Guild. He’s even been nominated for a Logie and in 2011 picked up Media Personality of the Year in the GQ Men of the Year Awards.

He’s been called Dangerously Funny, which he is. He is joined by support Damien Power, three time Barry Award nominee and widely regarded as one of the most exhilarating voices in Australian comedy. He has been called the bar room philosopher. His material is incisive, deep thinking and has even the drunkest person in the room contemplating their reason for being. He’s genius. With Ellen Briggs as MC this is one cracker of a show.