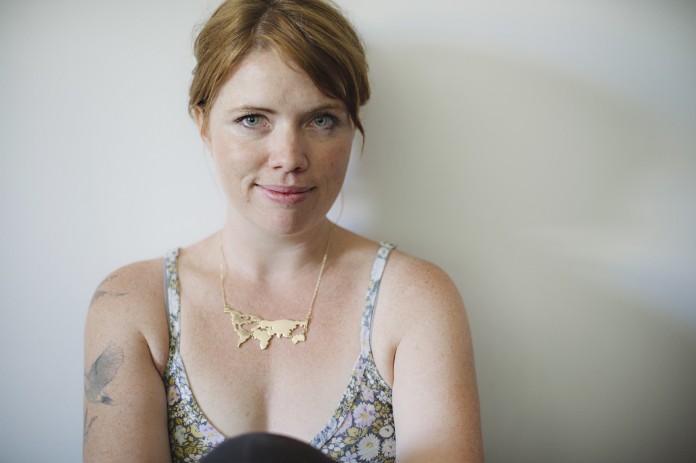 It is a tradition of Byron Writers Festival to present a plethora of satellite Feature Events across the NSW Northern Rivers region to complement the jam-packed 3-day Program at the Festival site at Elements of Byron. Each Feature Event is separately ticketed and many are free.

“With so many writers, thinkers and commentators in town we like to keep the conversations going well into each evening with a wide variety of thoroughly entertaining special events with creative connections,” says Edwina Johnson, Festival Director. “We partner with local arts organisations in wonderful hinterland venues, collaborating to share and highlight guests from the Festival.”

At Byron Theatre the master of conversation Richard Fidler will interview biologist and tree whisperer David George Haskell about nature’s great connectors and The Song of Trees (6:30pm, Friday 4 August).

From trees to seas, that conversation will be followed by Charlie Veron, known as the ‘Godfather of Coral’ introducing a special free screening of the lauded documentary Chasing Coral in which he stars (8pm, Friday 4 August). Chasing Coral has received standing ovations at film festivals around the world and we are honoured to be able to screen it at Byron Writers Festival.

Bec Mac will also send sparks flying with razor-sharp satirist John Safran exploring Depends What You Mean By Extremist at NORPA at Lismore City Hall (6:30pm, Friday 4 August). Another hinterland jaunt worth making is to the delightful Moller Pavilion in the Bangalow Showgrounds for one of the kings of crime writing, Michael Robotham in conversation with Mick O’Regan (2pm, Thursday 3 August).

For those who relish fascinating dinner conversations over delicious food and wine, Byron Writers Festival is presenting two Literary Dinners. ABC TV’s Q&A presenter Tony Jones will reveal all about his debut novel and political thriller The Twentieth Man in conversation with Matt Condon at the sumptuous Byron at Byron resort (7pm, Friday 4 August).

If you’re looking for an evening that brings many Festival guests together in one event, ‘Best Of Insiders’ at Byron Theatre is where you’ll find Barrie Cassidy, Malcolm Farr, David Marr and Laura Tingle ready to guide you through all the big political events of 2017 so far, including screenings of the most entertaining political videos of the year (6pm, Wednesday 2 August).

Bryan Dawe, Andrew Knight and Ben Knight pay tribute to celebrated satirist John Clarke with ‘Remembering John Clarke’ at Elements of Byron resort (6pm, Friday 4 August). Later that evening at Elements you can get your geek on at ‘Night of the Nerds’ with Tim Flannery, Dava Sobel, Adam Spencer and MC comedian Mandy Nolan in a cerebral celebration of all things science (8pm, Friday 4 August).

For ‘Bedtime Stories’ with an extraordinary twist, head to Byron Theatre where The Saturday Paper editor Erik Jensen has curated a fabulous evening featuring Jennifer Down, Hannah Kent and John Safran retelling their books as if for children with live music provided by ARIA award-winning Sarah Blasko (8pm, Saturday 5 August).

More poetry is on offer at Byron Library with readings by ‘Dangerously Poetic’ poetry prize-winners and judge Heather Taylor Johnson, with music by choral group Eclecticus (3:30pm, Saturday 5 August). Later in the evening, get ready for two minutes that could change your life with the ‘Byron Heat of the Australian Poetry Slam’ with MC Miles Merrill (6pm, Saturday 5 August).

For all details of Feature Events and full Festival Program visit byronwritersfestival.com