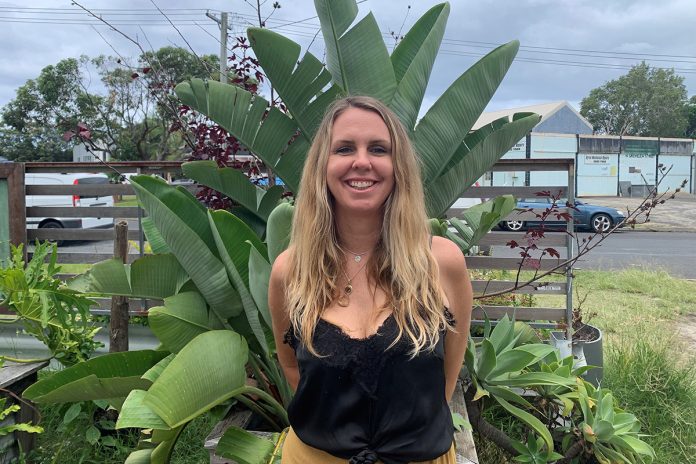 Jacqui Boyett, founder of the not-for-profit Global Ripple charity and op shop is the Byron Shire 2022 Citizen of the Year.

The announcement was made at Byron Shire Council’s Australia Day awards that were held virtually on 25 January.

Global Ripple raises money through an op shop in the Byron Arts and Industry Estate with proceeds used to support people in need locally and in places including India and Bali.

Ms Boyett’s Global Ripple charity has supported the Hot Showers project in partnership with the Byron Community Centre and the Women’s Collective.

It has also helped people in India cope with COVID-19 and provided funds to help rebuild a family home on Savu Island in Indonesia after it was destroyed by a cyclone.

Byron Shire Mayor, Michael Lyon, said people like Jacqui Boyett are the true heroes in the community, always putting others ahead of themselves.

“The Australia Day Awards are our way of thanking and honouring the incredible people in our Shire who make such a difference to the lives of so many,” Mayor Lyon said.

“We all have such busy lives and still there are these incredible people who have such a passion for the Byron Shire that they donate countless hours to look out for the needs of others, to improve things where they can, however they can and these acts of kindness have the ability to transform communities both locally and abroad,” he said.

“On behalf of our community and the Council congratulations to all our Australia Day award winners.

“Your contribution to our Shire is very much valued and appreciated,” Mayor Lyon said.

Citizen of the Year – Jacqui Boyett
Jacqui Boyett is the founder of the not-for-profit Global Ripple charity.

Global Ripple raises money through an op shop in the Byron Arts and Industry Estate with proceeds used to support people in need locally and in places further afield including India and Bali.

Ms Boyett’s Global Ripple charity has supported the Hot Showers project in partnership with the Byron Community Centre and the Women’s’ Collective.

It has also helped people in India cope with COVID-19 and provided funds to help rebuild a family home on Savu Island in Indonesia after it was destroyed by a cyclone.

Kathy was instrumental in helping to design and secure money for a major renovation of the South Golden Beach Community Centre and was the driving force behind a playground, exercise area and skatepark in the area.

She maintains a Facebook page with regular updates on events that concern local residents and visitors.

Young Citizen of the Year – Ella Whan
Ellla Whan, who finished her HSC last year, has already notched up many years of community work, taking on the challenge of raising awareness of the importance of the environment in 2017, working with two other young women to organise the Climate Strikes in the Byron Shire.

As School Captain of Byron Bay High School in 2021, Ella worked with the P&C committee to represent the needs of the student body and was instrumental in lobbying for funds to get a dedicated Senior study and recreation area.

Ella was a Rural Ambassador for the Northern Rivers and received the Academic Excellence Award, the Principal’s Award and the Long Tan Citizenship Award.

Volunteer of the Year – Narelle Anderton
Narelle Anderton has provided outstanding service to the sport of netball in the Byron Shire for 31 years, particularly with the Brunswick Byron Netball Association and the Mullumbimby Netball Club.

She averages more than 20 hours each week volunteering for the netball community in various roles including coaching, administration/organisation, umpiring, meetings and the canteen.

Through her efforts to keep the canteen functioning for the past 10 years, it has raised more than $150,000. She is a tireless worker, arranging and participating in working bees to clean the courts and maintain the clubhouse.

She has also worked with many players at all levels to help them reach their potential including coaching several teams to win State Championships, coaching players who were accepted into the North Coast Academy and working with other coaches and umpires.

Creative Artist of the Year – Kiahn Ladkin
Dancer Kiahn Ladkin is a proud Awabakal woman who has danced on Arakwal land for seven years. Kiahn has been involved in the Secondary Aboriginal Dance Company for five years and has also been selected to dance with Bangarra Dance. 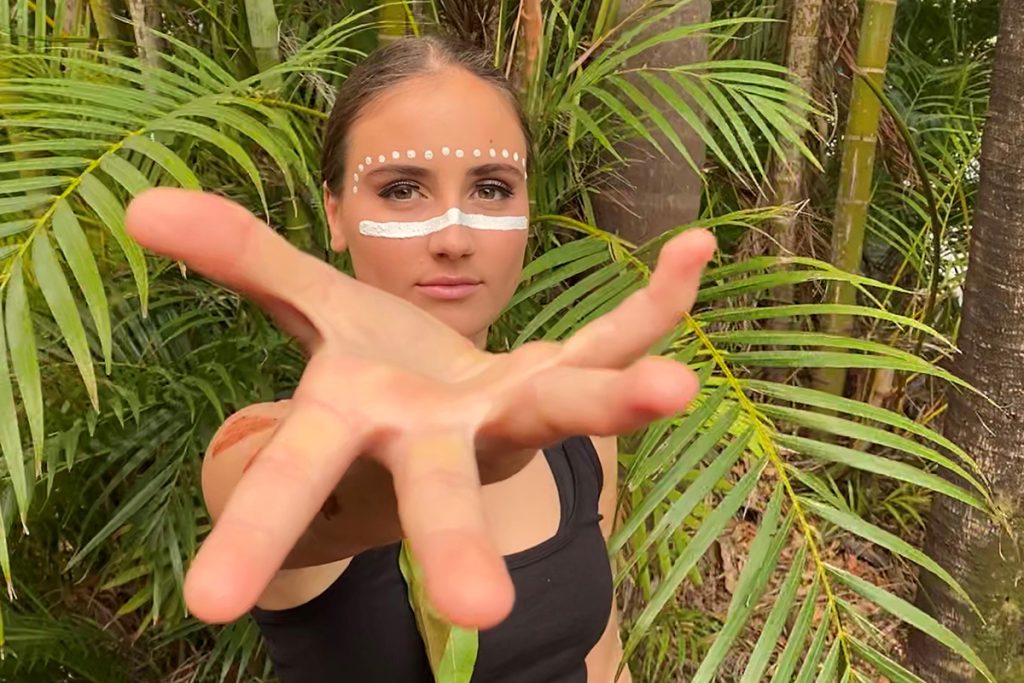 She was a valued student at Byron Bay High School and was a mentor and volunteer tutor for the ATSI homework club.

Kiahn has been involved in teaching indigenous dance and culture across a variety of platforms including mentoring Indigenous primary and high school students in dance and culture. She represented her people and culture at school assemblies for seven years and promoted justice and celebrated the achievements of First Nations People.

Kiahn achieved academic excellence in 2021 and was received a Year Advisor’s Award as well as an Indigenous Excellence Award in recognition of her commitment to culture, study and friendship.

Community Event of the Year – Nina’s 100th Birthday Celebration
One of Byron Bay’s most popular residents, Nina Mazri, celebrated her 100th birthday last year and the event was a true community celebration.

More than 200 people turned out to honour Nina and celebrate the joy of living, the benefits of engaging with your community, acknowledging the contribution of the elderly and the importance of remaining connected with family and friends, especially through the pandemic.

As Nina would say “Why walk through life when you can dance.”

Community Initiative of the Year – the Library of Stuff
The Library of Stuff is a community operation that shares infrequently needed items with its members who are mainly households and local not-for-profit groups.

The library’s aim is to reduce consumption and waste and help create a sharing culture in the community. It does this by encouraging people to “borrow” not “buy” and advocates for good maintenance and repair of items rather than throwing them out.

The range of items in the inventory has grown to include non-fiction books, sporting equipment, camping gear, games, kitchen appliances, power and hand tools.

Environmental Project of the Year – Bangalow Koalas Community Wildlife Corridor
Bangalow Koalas’ community wildlife corridor strengthens the connection between community and wildlife by enhancing koala habitat/rainforest remnants in a wildlife corridor that will connect to existing habitat in the Byron Shire, west to Tenterfield, north to the Queensland border and south towards Grafton.

What started as a handful of concerned neighbours wanting to protect a 400m stretch of 30-year-old koala food trees has grown into a community group with more than 120 members.

The Bangalow Koalas’ Wildlife Corridor project, whilst aiming to protect and enhance koala habitat, has brought the community together through planting days, recording sightings and workshops.