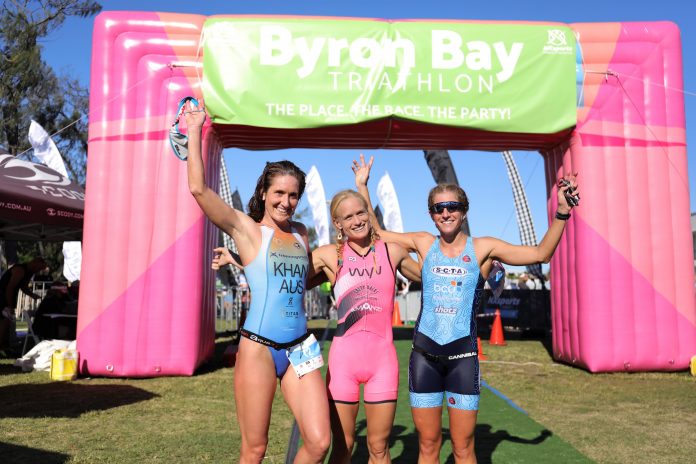 Byron Bay was buzzing over the weekend, with over 1200 athletes taking part in the annual Byron Bay Triathlon, including the event’s biggest ever kids field.

Competition in the Men’s Open was fierce, with Charlie Quin of Broadbeach defeating Suffolk Park local Matt Slee by 23 seconds. In the Women’s Open, Courtney Gilfillan blitzed the field with a convincing 6-minute lead over Lucy Bowden.

“We couldn’t have asked for better conditions in Byron over the weekend. Our athletes are raving about their swim in beautiful Main Beach, crystal clear water and counting the fish along the way,” says Event Manager Kevin Pready.

Over the past 24 years, the Triathlon has generated 1005 work experience opportunities to local volunteers and young people, along with over $123,000 in fundraising for local community groups and clubs through their Community Grants Project.

The event organisers thank local residents and businesses for working with the event despite any inconvenience caused by road closures.

More information can be found at www.byronbaytri.com.au.