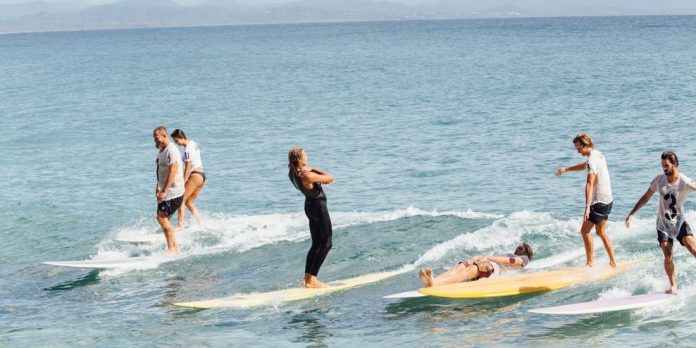 Like every year the invitees and freestylin’ shredders alike take to the water for a froth-filled day of waves, laughs and aloha! There is nothing like the feeling of sharing good vibing waves with your mates and strangers alike, and to witness some of the best do their thing is next level! Come witness some of surfings’ most progressive sliders, eccentric gliders and just plain funseekers at Australia’s most easterly point, WATEGOS!

The dreamiest place for waves and that summer feeling all day long! The Freestyle and Stoke Surf Sessions have become an institution at BBSF. Crew come from Hawaii, California, Japan, Noosa, Sydney and of course Byron Bay for this one

These non-competitive sessions are decided by peer vote and are no less about artistic interpretation, with an advantage awarded to those presenting their surfing with style, equipment adaptability, along with flare and freestyling fun, during each session!