Byron Bay is officially one of the best places to eat in Australia! On Friday night, the Byron Beach Cafe won the coveted Best Restaurant and Catering Service award at the QANTAS Australian Tourism Awards and has become the first Northern NSW restaurant to win the highly sought after national prize.

Byron Beach Cafe owner Ben Kirkwood said he was “humbled and elated. It’s a wonderful feeling to have been honoured by the industry’s premier awards program as the best restaurant and catering service in Australia! In competing with so many outstanding Australian restaurants, we were taken aback by the recognition given to our regional NSW business. It’s overwhelming. We are incredibly grateful, not only for ourselves, our team and our local suppliers but also in helping to reinforce Byron Bay’s place on the culinary map of great Australian food destinations and taking a lead role in Tourism Australia’s Restaurant Australia campaign.”

President of Destination Byron, Cameron Arnold said “What a coup for Byron Bay! The Byron Beach Cafe are leaders within the Byron tourism industry and their involvement and support of Byron as a destination is only surpassed by their passion for high-quality food and delivering an exceptional dining experience. Tourism is undoubtedly the most important industry for Byron Bay, underpinning the local economy and creating thousands of jobs for the Byron community.”

“The North Coast has many great food experiences and the win by the Byron Beach Cafe demonstrates that we have the best in Australia.” said Belinda Novicky, Executive Officer North Coast Destination Network. “The region is very proud and congratulate the efforts of Ben and their team”.

For more information about the Byron Beach Cafe visit:
www.byronbeachcafe.com.au 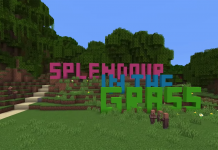 Splendour In The Minecraft 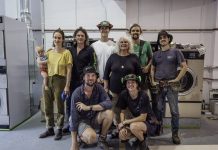 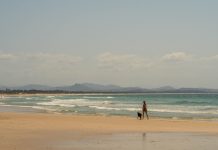