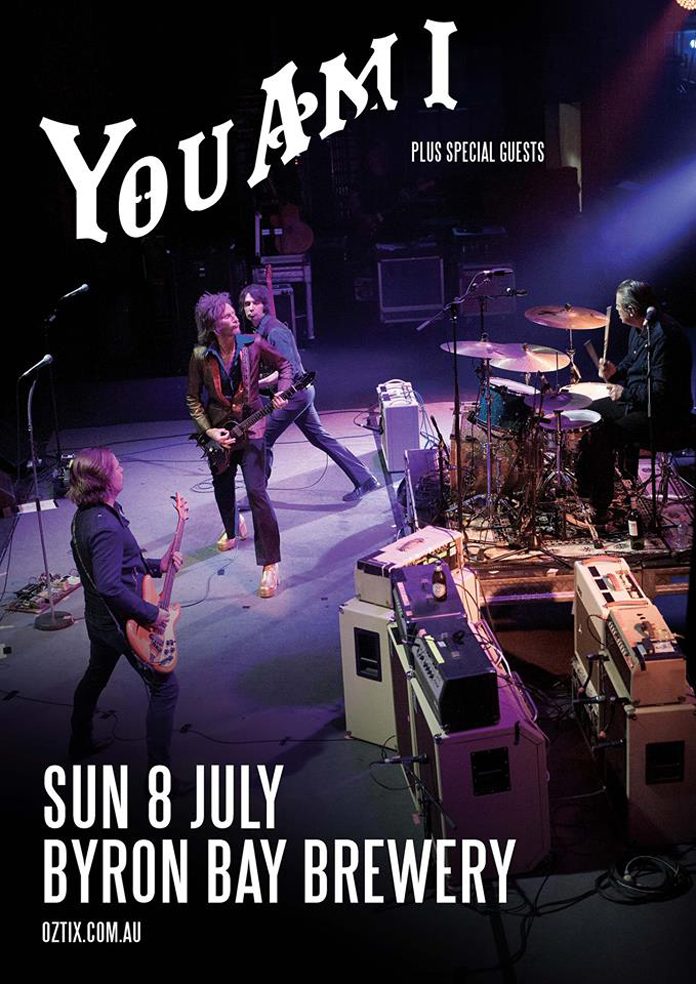 You Am I are without doubt one of Australia’s all-time essential rock n’ roll bands.

More than two decades on from their first album release, You Am I have not only had one of the longest and most successful recording careers in Australia, but are also without doubt one of our most loved live bands.

Featuring guitarist and vocalist Tim Rogers along with band mates Russell Hopkinson on drums, Andy Kent on Bass, and (since 1999) Davey Lane on guitar, You Am I have released Ten studio albums to date. Their last studio album was the 2015 critically acclaimed “Porridge & Hot Sauce” release.

Three of their releases have debuted at number one on the ARIA charts in consecutive order – 1995’s “Hi Fi Way”, 1996’s “Hourly, Daily” and 1998’s “#4 Record” – with the Albums also receiving multiple Platinum and Gold status for commercial sales.

The band have won a total of Ten ARIA Awards including Album of the year, Best Group, and Best Independent Release.

2013 saw You Am I reissue remastered versions of their first three albums, “Sound As Ever”, “Hi Fi Way” and “Hourly Daily”, complete with extra tracks including never-before-released live material, Demo’s, alternate versions and B’sides.

In support of these releases You Am I presented live performances of “Hourly Daily” and “Hi Fi Way” back-to-back in a lush theatre-styled extravaganza. You Am I sold over 10,000 tickets in Sydney and Melbourne alone, and this sold out run of national shows proved to be one of the most successful tours in the bands long and illustrious career.

2017 was a busy year for Tim Rogers with a pile of You Am I touring, and the release of his first book ‘Detours’ to critical acclaim.

The band also released a live album “All Onboard” in December 2017 which was recorded in venues across Australia over 10 shows on their co-headline tour with Hoodoo Gurus. The 16 tracks just happened to be recorded in deep regional areas like Wagga Wagga, Wollongong, Traralgan and Canberra, and the album was available digitally and on vinyl.

Aside from musical exploits the band made their first-time foray into the beverage world in 2013 with the production of their own ”Brew Am I” beer in conjunction with the Young Henry Brewery.

In addition to success in Australia, You Am I have released a number of albums internationally, and toured worldwide headlining shows across North America and Europe.