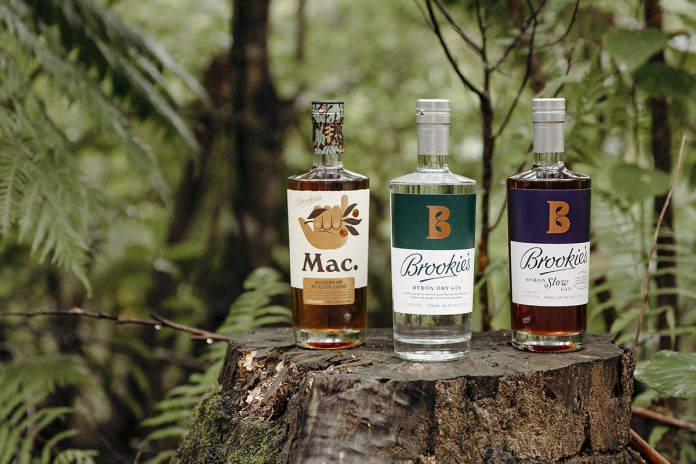 
Byron Bay hometown heroes, Cape Byron Distillery have cleaned up at this year’s International Wine & Spirit Competition taking home a ‘Gold’ for Brookie’s Byron Slow Gin and a ‘Silver’ award for both the Brookie’s Byron Dry Gin and Mac. by Brookie’s.

Based in London, the IWSC is widely considered one of the most credible competitions of its kind. But you’d be amiss if you thought this was the first time the distillery has been internationally recognised.

Established in 2016 after a chance encounter between Co-Founders, Eddie Brook (aged just 26 at the time) and Master Distiller Jim McEwan (Bowmore Distillery, Bruichladdich, The Botanist Gin), Cape Byron Distillery has proved to be one of the fasted growing boutique distilleries in the world. Since launching they’ve taken home a slew of awards including ‘Sustainable Distillery of the Year’ at this year’s Icons of Gin Awards in London, ‘World’s Best Nut Liqueur’ for Mac. by Brookie’s at the 2020 World Liqueur Awards, while Brookie’s Byron Dry Gin has continued to receive ‘Gold’ at the San Francisco Spirits Awards every year since 2017. 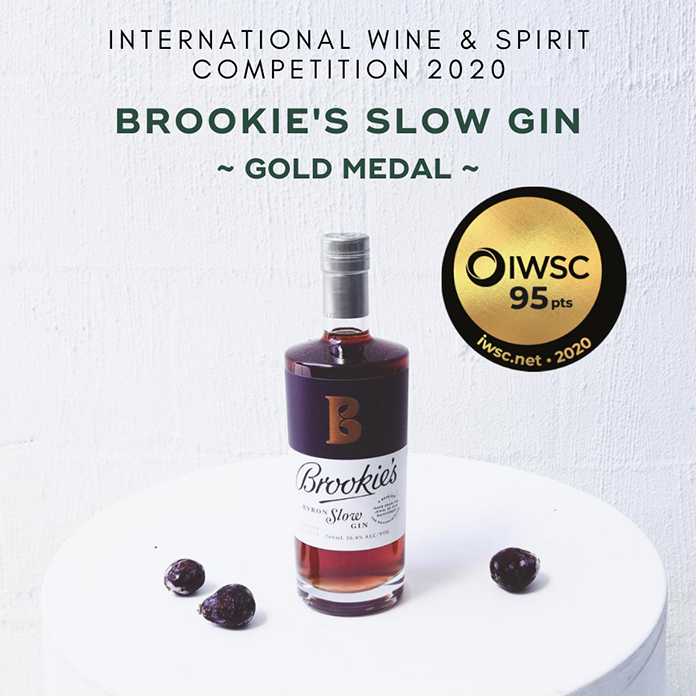 Not bad for a four-year-old distillery from Byron Bay’s hinterland!

But what is it about their Byron Slow Gin that managed to beat out hundreds of other dedicated entrants?

The sweet little sipper is masterfully created in the style of traditional English ‘sloe’ gin with a twist unique to its Byron Bay surroundings. Instead of sloe berries, Brook turned to Davidson’s Plums, an indigenous fruit found in the Northern Rivers area, as a replacement.

Brook takes hundreds of kilos of Davidson’s Plums and lays them to rest with Brookie’s Byron Dry Gin until the colour of the fruit has naturally imparted itself into the spirit along with flavours of sour cherry, plum and rose.

The maturation process, while quite simple in theory, can take up to 300 days from start to finish depending on the time of year, providing one very ironically named gin.

The popularity of Brookie’s Byron Slow Gin has seen Cape Byron Distillery become the largest consumer of Davidson’s plums, with the Distillery continually scouring for the fruit throughout the Northern Rivers community.

“The demand for our Slow Gin has nurtured some wonderful solid working relationships with local farmers. We have been able to give back to the community by purchasing the fruit from those whose crops are so small that they wouldn’t have ever dreamed of selling them on a commercial level. We’re incredibly proud to be able to generate an additional income for grassroots locals,” says Brook.

Earlier this year Brook further regenerated the last remaining empty plot of land surrounding the distillery by planting over 1,000 young Davidson’s Plum trees under the watchful eye of George from Eco Rainforest Restorations. These saplings will be producing fruit in the next 3 to 4 years.

NORPA collaborates with school children to imagine characters for a better community.

The Byron Bay Film Festival is BACK!