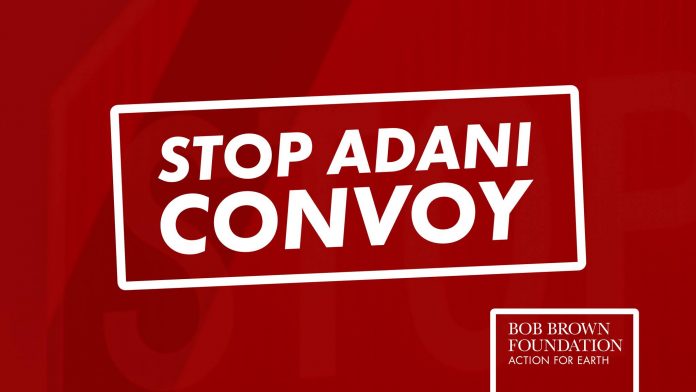 500 and counting… vehicles are travelling in a convoy led by Bob Brown himself, heading off from Hobart on the 17th of April, destined for the Galilee Basin and then back down to the steps of parliament in Canberra…. in an all in effort to STOP ADANI and his planned coal mine in south east Qld (the biggest coal mine proposed in the southern hemisphere!) and demand that Labour and the Coalition stand up and say NO!

“This is the environmental issue of our times and the Great Barrier Reef is at stake. But people standing up for what they believe in has unbeatable power” says long-time environmental activist Bob Brown.

“It is a community commitment – an act of defiance for the future of our planet. A peaceful protest against Adani’s proposed mine” he adds.

The convoy will stop in at Mullumbimby on the 21st of April for a rally and to pick up 214 (registered so far) of the 500 registered vehicles who will be joining this historic campaign with their owners, from all over the Northern Rivers. Learn more at www.bobbrown.org.au &/or via the Facebook Event page