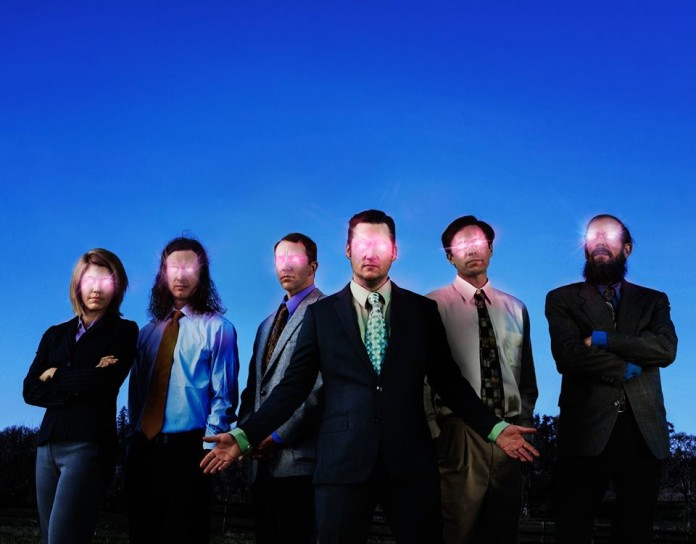 This Merry Christmas announcement has something in it for everyone and there is nothing like some jolly Bluesfest Christmas cheer! Just in time for the festive season and wrapping up another incredible year, the 27th Bluesfest Byron Bay, held over Easter (Thu 24 March – Mon 28 March 2016), at its exclusive event site (the lush 300 acre Tyagarah Tea Tree Farm just outside of Byron Bay), releases another artist announcement, full of musical gifts brought to you by artists from overseas and Australia.

Washington State’s Modest Mouse will be making their Bluesfest debut in 2016 off the back of releasing their first album in eight years in 2015, the chart topping Strangers to Ourselves which peaked at No. 1 on Billboard’s TOP ROCK Album Chart, No.3 on the Billboard 200 and No. 15 on the Australian ARIA Chart. The lead single from the album ‘Lampshades on Fire’ peaked at No. 1 on the US Billboard Alternative Songs Chart and No. 2 on the US Billboard Rock Airplay Chart.

The Indie Rock stalwarts played a key part in turning the Pacific Northwest in the US into fertile ground for Indie acts including Death Cab for Cutie and the Shins. Their music is said to be influenced by groups such as Pavement , the Pixies and Talking Heads and over their 20+ year career, Modest Mouse are responsible for bringing us hits such as ‘Float On’, ‘Dashboard’ and ‘Ocean Breathes Salty’. Also topping this Merry Announcement is British singer-songwriter Graham Nash, a pivotal and founding member of one of the UK’s most successful Pop groups, The Hollies, and now of supergroup Crosby, Stills and Nash. He has also won a Grammy Award, is a two-time Rock and Roll Hall of Fame and Songwriters Hall of Fame inductee, an award-winning visual artist and photographer, a New York Times Best Selling author, and was appointed an Officer of the Order of the British Empire by Queen Elizabeth. His songs include ‘Our House’, ‘Immigration Man’, ‘Chicago’, ‘Woodstock’, ‘Look Through Any Window’,‘Carrie Anne’, and ‘Teach Your Children’ to name just a few.

Graham Nash’s rich vocals and harmonies have shaped a generation of Folk, Country and Pop music and in a career spanning over fifty years, Graham Nash has explored and created a diverse catalogue covering Pop, Rock, Folk, Jazz, Blues, Psychedelia and Progressive Rock and is one of the most distinctive vocalists and prolific songwriters of a generation.

One of the most exciting artists of 2015, LA’s Kamasi Washington is coming to Bluesfest with his band. He is a Jazz composer, performer, band leader, pianist, drummer, saxophonist, and the list goes on.

The Jazz giant not only created his own album in 2015 The Epic, which peaked at No. 5 on the US Billboard Jazz Chart ,No.6 on the US Billboard Heatseekers Chart and The New York Times gave it the No. 1 spot on their Best Albums of 2015 list, he also spends his time working on various albums and movie scores and is responsible for much of the arrangement of fellow Bluesfest performer Kendrick Lamar’s Grammy nominated To Pimp A Butterfly.

Richard Clapton, one of Australia’s foremost singer-songwriters, who’s hits include ‘Girls on the Avenue’, ‘The Best Years of Our Lives’, ‘I Am an Island’, ‘Capricorn Dancer’ and ‘(Down in the) Lucky Country’ has been announced for Bluesfest 2016. Richard Clapton is now in his 40th year, since his first album, Prussian Blue but shows no signs of slowing down. He has released over 20 albums which have cumulatively sold over one million copies. Early albums, including Girls on the Avenue and Goodbye Tiger, have made him a household name in Australia and in 1999 he was inducted into the ARIA Hall of Fame. Bluesfest audiences can look forward to Richard performing his heartfelt ode to Byron Bay, ‘Blue Bay Blues’ at Bluesfest.

Also included in this announcement is the sassy star on the rise Elle King, who’s musical style encompasses Country, Soul, Folk, Rock, and Blues and is bound to be a festival favourite in 2016.

Elle King has just been nominated for two 2016 Grammy Awards for Best Rock Song and Best Rock Performance for her hit ‘Ex’s & Oh’s’, the song also spent three weeks on the No. 1 spot in the Billboard Alternative Charts and hit the top 10 of Billboard Hot 100. She also made the No.2 spot on Billboard’s Top New Rock Artist of 2015 list, the only female artist to do so.

Another inclusion in this Bluesfest Christmas cracker of an announcement is one of Australia’s favourite artists, Ash Grunwald, bringing his incomparable blend of Roots, Blues, beats and a whole lotta Groove. The prolific bluesman released his ninth studio album earlier in 2015, titled NOW and will be coming to Bluesfest with an all-star band.

The next musical gift coming to Bluesfest is Blues man Jerron “Blind Boy” Paxton on his first Australian tour. Only in his 20’s, this multi-instrumentalist Blues musician and vocalist sings and plays banjo, guitar, piano, fiddle, harmonica, Cajun accordion, and the bones (percussion). His musical influences are mainly rooted in the early Blues from the 1920′s and 30′s and he transforms traditional Jazz, Blues, Folk, and Country into the here and now, and makes it real.

International Globe-trotter Dustin Thomas will be bringing his beat-box, Soul Folk to Bluesfest 2016. Armed with a voice, a guitar and universal anthems of faith, love, and war; Dustin continues to inspire hearts around the world on his mission of music, joy, and peace. Dustin last came to Australia touring as a member of Nahko and Medicine For The People and it is a pleasure to welcome him back to Bluesfest in his solo debut.

Ross Ward, front man for Wards Xpress made his first appearance at Bluesfest in 1995, and twenty years later his love of the Blues is still strong. In July 2015, Wards Xpress celebrated their 20th anniversary by releasing The Back Roadsretrospective album. It hit the No. 1 position on the Australian Blues & Roots Airplay Chart and stayed there for the next three months, giving the band their second consecutive No. 1, after the success of 2012’s Five Lanes.

Bluesfest audiences won’t be able to sit down when they get a surprising and sensational performance from Singapore’s Raw Earth in 2016. Raw Earth is made up of a stellar line-up consisting of some of Singapore’s best Blues and Rock musicians. They perform a wide array of old school music styles from the 50s to 70s such as Blues, Rock and Roll, Funk, Soul and even some classic Blues Rock.