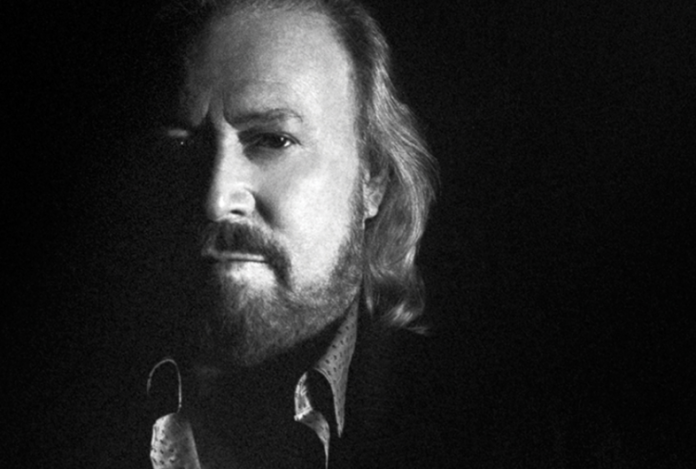 In their fourth major announcement in just three weeks, Bluesfest is proud to announce that equal headliner Barry Gibb joins Neil Young + Promise of the Real, Santana, Zac Brown Band, Patti Smith, Mary J. Blige and Buddy Guy (exclusive) on what is promising to be the biggest Bluesfest line up to date.

Born on the Isle of Man, Gibb immigrated to Redcliffe a beach suburb north of Brisbane when he was 12. It was here that the Bee Gees, who would become one of the most successful groups of all time, were born. Sadly, Gibb is the only surviving member of the band he formed with his brothers Robin and Maurice. Along with Andy, their solo singer brother, the Gibbs achieved 19 number one records on the Billboard charts. As their principle songwriter Gibb co-wrote many Bee Gees hits including ‘To Love Somebody’, ‘Spicks and Specks’, ‘How Can You Mend a Broken Heart’, ‘I’ve Gotta Get a Message to You’, ‘How Deep Is Your Love,’ ‘Stayin’ Alive,’ ‘Night Fever,’ and ‘Tragedy’. The Bee Gees had a record six No. 1 singles in a row from 1977 to 1979, equalling The Beatles record. In total the band sold over 220 million records worldwide making them the 12th highest selling artists of all time.

As a record producer/songwriter, Gibb has been instrumental in creating milestones for other artists, ranging from Barbra Streisand’s Guilty album to Dolly Parton and Kenny Rogers’ classic hit ‘Islands In The Stream’, Diana Ross’s ‘Chain Reaction’ as well as Dionne Warwick’s Heartbreaker album.

Gibb returned to live performing in 2013-2014 with the Mythology Tour, celebrating the Bee Gees anthology release of the same name as a tribute to his three brothers. The acclaimed tour garnered an outpouring of affection and critical praise from around the world. On this tour, he sold out two Brisbane Entertainment Centres and unveiled “Bee Gees Way” a walkway filled with photos of the Bee Gees in their Australian home town of Redcliffe in Queensland.

On October 7 Gibb released his solo album, In the Now which is his first album of all new material since the Bee Gees final studio album in 2001. The new album is an impassioned solo effort that signals a welcome return of one of the most identifiable and versatile voices in the history of rock, pop, and R&B. Barry has kept In the Now a family affair, writing all the songs with his sons Stephen and Ashley.
Barry Gibb’s golden voice will ring out from the Bluesfest stage on Easter Monday, 17 April 2017.
Over the 2017 Easter long weekend (Thursday 13th to Monday 17th of April) Bluesfest will present its biggest festival to date at the Tyagarah Tea Tree Farm just outside Byron Bay. With back to back performances for 12 hours a day on multiple stages, a gourmet variety of food stalls, markets, on site campaign and free parking it will be a haven for music lovers of all ages this April.

Peter Noble OAM, Festival Director, comments on Barry Gibb joining the Bluesfest 2017 line up:
“I am beyond pleased to be adding Barry Gibb to our 2017 Bluesfest line up! Barry Gibb – the lead songwriter of The Bee Gees – a band we can be so proud to call an Australian Legend!

Did you know that The Bee Gees formed in Redcliffe, a beachside suburb of Brisbane in 1958? Like many new Australians at the time, they were ’10 pound poms’ whose parents immigrated to Australia after the 2nd world war to start a new life!

The Bee Gees conquered the world, selling well over 220 million records, simply our highest selling band, over AC/DC with 200 million sales! Barry Gibb, the principal songwriter for the band, was involved in their 30 charting records over 5 decades. A record that will (probably) never be broken!

Barry’s, twin brothers Maurice and Robin, the other 2 members, sadly passed away and now Barry is stepping out on his own, with his first solo album in 32 years “In The Now”.

He is the second most successful songwriter in history, second only to Paul McCartney. Recent songs performed by Barry in his concerts include:

‘To Love Somebody’
‘Words’
‘Gotta Get A Message to You’
‘Stayin’ Alive’
‘You Should Be Dancing’
‘How Can You mend A Broken Heart’
‘How Deep is Your Love’
and so many more….it’s sublime!

Although we Aussies have to share Barry with the UK, he is coming to his other original home, to do an ‘all too rare concert’ at Bluesfest Easter Monday. We are proud beyond words, to get this message out to you! This is our second announcement this week, with Neil Young + Promise of the Real being released as well, and, just to amaze you, there are more to come.

Tickets are selling extra fast, and this Bluesfest is headed to a sell out! Don’t delay! Can’t wait to see you there!”